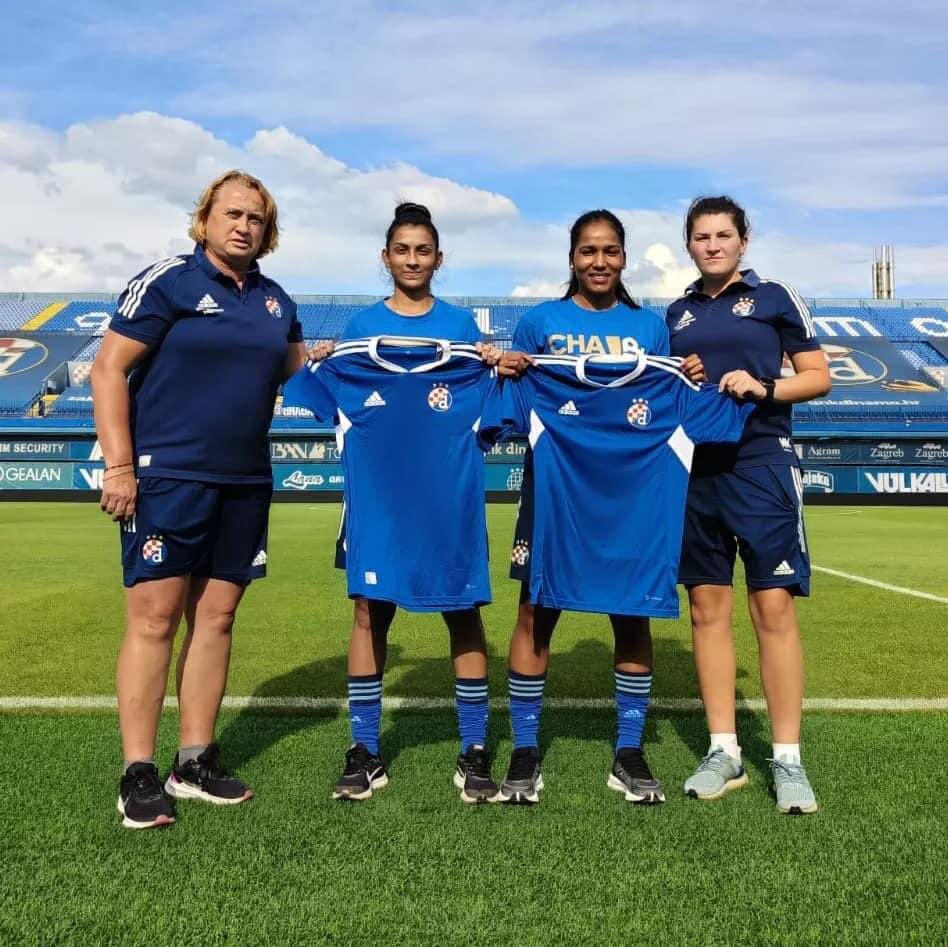 Soumya is a member of the Indian national team, while Jyoti is her teammate in Gokulam Kerala FC. Both, who were in the Gokulam Kerala squads when the team won the Indian Women's League last season, were recruited after a successful trial in Croatia.

Soumya said, "I'm very excited to play out of the country this is a great opportunity for me. I never expected to play for a club like Dinamo. This will be helpful for me and my family and my country.

"I hope to give my best during the season. I would like to take this opportunity to thank everyone who has supported on me.

Jyoti said, "This is a great opportunity for me, and I feel lucky that I got this platform. I will use this platform and give my 100% and will work hard to learn more and perform better when I am at Zagreb, Croatia, representing Dinamo."

Dinamo Zagreb is the most successful club in Croatia, having won 46 trophies. Their men's team is in the UEFA Champions League 2022-23 group stage, alongside European powerhouses like Chelsea and AC Milan.

Also, they played two friendly matches with the local boys' teams in Kolkata.