Decision on waiver of interest on interest likely within two or three...

No agreement in meeting between Barcelona and Messi's father 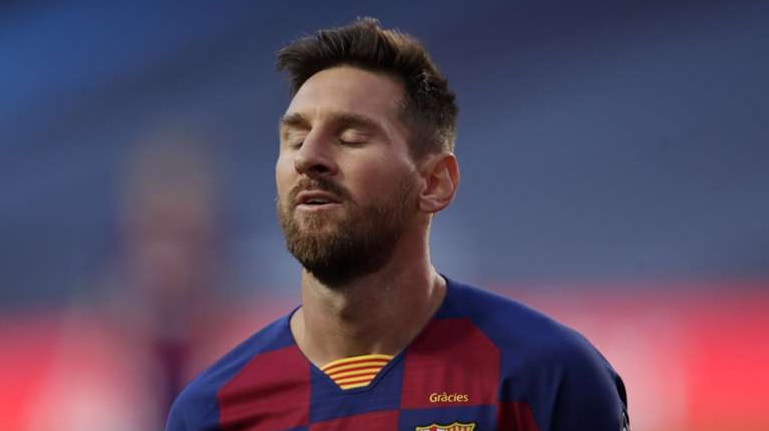 By
PTI
Barcelona: Lionel Messi's future at Barcelona looked no closer to being resolved after the first meeting between the player's father and club officials ended without an agreement, a person with knowledge of the situation told The Associated Press.

The person said club president Josep Bartomeu on Wednesday met for more than 90 minutes with Jorge Messi to discuss the the Argentina star's request to leave the club, but that neither part made any concessions.

The official spoke on condition of anonymity because the person was not authorized to speak publicly about the private meeting.

Lionel Messi last week told Barcelona he wanted to leave the club and invoked a contract clause that allowed him to depart for free at the end of the season.

But Barcelona claimed the clause expired in June and said he must see out his contract until June 2021, unless the buyout clause of 700 million euros (USD 837 million) is paid.

Also in the meeting were Barcelona official Javier Bordas and Messi's brother, Rodrigo.

A lawyer for the Messi family was also present. In what was described as a cordial meeting, all parts made their positions clear Jorge Messi said the player wants to leave and Barcelona said it will not accept his transfer request.

No other meeting was immediately scheduled, and the next steps were unclear.

Barcelona has said it still hopes Lionel Messi could change his mind about leaving.

The player's representatives claim the clause allowing him to leave the club should still be valid because the season was pushed back by the coronavirus pandemic.

Barcelona reiterated that they will hold the player to his contract.

Jorge Messi, who is also Messi's agent, was tight-lipped when he arrived in Spain from Argentina earlier Wednesday.

"I don't know anything," Jorge Messi said in brief comments after being questioned at the airport.

Spanish television station Cuatro later reported that Jorge Messi said it would be "difficult" for his son to stay with Barcelona. He did not elaborate.

Barcelona has been saying it will not facilitate Messi's departure and will only negotiate a contract extension. The club has offered the Argentine a two-year extension that would keep him with Barcelona through the 2022-23 season.

In addition to meeting with Messi's father, Barcelona said it also wanted to meet personally with the player to try to change his mind about leaving. The club said it has been doing everything to try to convince Messi to finish his career at the club where he started nearly 20 years ago.

Lionel Messi hasn't met with club officials since announcing his decision to leave and hasn't said anything publicly since Barcelona's 8-2 loss to Bayern Munich in the Champions League quarterfinals on Aug. 14. The defeat that capped a difficult season for the club, its first without a title since 2007-08.

Also Read:Messi can only leave Barcelona if release clause is paid: LaLiga

The 33-year-old Messi had been outspoken against club officials during the season and he hasn't shown up at the club since the squad returned to training on Monday. He also skipped the required coronavirus tests the team underwent on Sunday.

Barcelona did not say if it would take any action against the player because of his absence.

Real Madrid captain Sergio Ramos said Messi's decision isn't "something that concerns us," but he hoped the rival player would stay with Barcelona.

"He has earned the right to decide about his future," Ramos said.

"I don't know if he will be doing it in the best way, but of course, for Spanish soccer, for Barcelona and for us, who like to win while playing against the best, we would like him to stay. It makes the league and Barcelona better, and it makes the 'cl sicos' more beautiful."

Messi's Barcelona teammate Frenkie de Jong said he was in the dark like everyone else.

"It's a kind of chaos now, many things are going on," said De Jong, who is with the Netherlands national team.

"But I didn't speak with Messi personally, nor with the club. I will see when I arrive after this week in Barcelona how things are going, and what is really happening. Honestly I don't know what will happen."

Barcelona is scheduled to begin its season against Villarreal in the Spanish league at the end of the month.