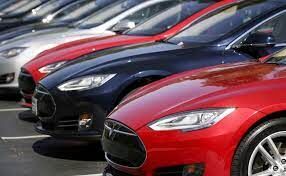 NHTSA announced Thursday that Tesla Inc would no longer allow its drivers to play video games while on the road.

Drivers may be distracted by this function, called "Passenger Play"

According to the NHTSA, on Wednesday it announced it had opened a formal safety investigation into 580,000 Teslas sold since 2017 because the center touchscreen allows players to play games while the vehicle is moving.

According to the NHTSA,this feature increase distracted driving increases the risk of a crash.

The NHTSA opened an investigation over the Autopilot system in August following a series of accidents involving Tesla vehicles and emergency vehicles.

A safety advocate fears Tesla's Autopilot mode could lead to a distracted driving situation due to its semi-autonomous nature.