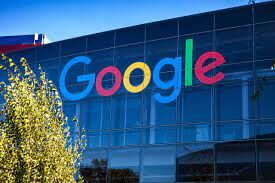 A software engineer with Google who claimed to have encountered "sentient" Al on the company's servers is suspended.

Blake Lemoine, who was working on Google's artificial intelligence development team, was placed on paid leave for sharing confidential information with the third parties, according to a report by Bloomberg.

The researcher in a Medium post titled "May be fired soon for doing AI ethics work", gave details about the suspension.

Further he drew parallel to how the company previously dismissed the members of Google's Al ethic group including Margaret Mitchell in similar fashion after raising concerns.

Lemoine told The Washington Post on Saturday that he thought he was interacting with a person where it actually was AI.

The AI he was talking about was LaMDA, or Language Model for Dialogue Applications. This AI is used for chat bots to interact with human users by adopting various personality tropes, according to the report.

He said he was rebuffed when he raised the matter internally and tried to do experiment on it.

The company refused more details about Lemoine's suspension saying that it doesn't comment on personal matters.