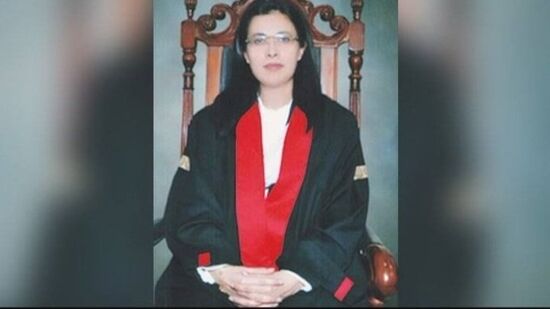 Pakistan may have a woman as Supreme Court judge for the first time in its history. Justice Ayesha A Malik is rumoured to be likely to take up the position on September 9.

Senior puisne judge Justice Mushir Alam is set to retire from Supreme Court on August 17. Ayesha A Malik, who is currently a justice at the Lahore High Court, is likely to fill up the vacancy, reported The Wire.

Justice Ayesha is one of the two women judges at Lahore High Court and the fourth senior-most in the rank. Local media reported that the chief justice of the Pakistan Supreme Court, Gulzar Ahmed, had nominated her for the post and called the Judicial Commission of Pakistan (JCP) to consider the matter. The meeting will take place on September 9.

Pakistan has been breaking records in the judiciary since 2018. The first woman chief justice in the High Court, Justice Tahira Safdar, was appointed in September 2018. Justice Suman Kumari became the first woman judge from the minority Hindu community in January 2019.

A senior counsel told the local newspaper, The Dawn, that different bar councils and associations may oppose the move on the question of seniority principle since, once again, a junior judge is being elevated from the high court.

The senior counsel who remains anonymous said that Justice Fathima Beevi was the first woman judge to have been elevated to the Supreme Court of India. Since then, eight female judges have been elevated to the top court of India. And Justice Indira Banerjee is still serving as a judge of the Supreme Court. He was citing the example to explain the need to break the gender glass ceiling.

Salahuddin Ahmed, Sindh High Court Bar Association president, told The Dawn that Pakistan would have had a woman chief justice of the Lahore High Court and a judge of the Supreme Court back in 2002-03. He was referring to when chief justice Fakhrunissa Khokar was repeatedly bypassed.