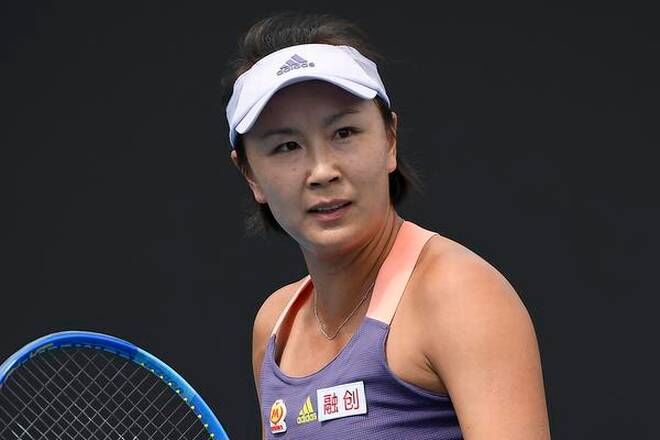 Beijing: The renowned Chinese tennis player Peng Shuai, who went missing after raising sexual assault allegations against a former Chinese vice premier from the Chinese Communist Party (CCP), resurfaced on Sunday, denying that she accused anyone of sexually assaulting her, Reuters reported.

In a video interview released on Sunday, the three-time Olympian claimed that people wrongly understood her post.

In November, Peng had written on Sina Weibo- a heavily state-censored Chinese equivalent to Twitter- about an unfortunate experience she had. As per The New York Times report, she detailed through the post the ten years of relationship with the vice premier, Zhang Gaoli, a married man, and explained how he had invited her home to play tennis with him and his wife. She claimed that Zhang assaulted her while his wife stood guarding the door. This happened around three years ago, she wrote.

The post was taken down within 20 minutes of posting but became viral as netizens shared screenshots. Although China blocked keywords like 'Tennis', inverted images of the post were shared online to bypass the censoring. After this post, she was not found in the public sphere for nearly three weeks.

In her Sunday video, Peng said she had written to the Women' Tennis Association (WTA) last month denying the sexual assault. She added that her Weibo post was a private matter. She was in Beijing taking rest for the three weeks, she said. But in the interview, Zhang's name was not asked, nor did Peng mention it, Reuters reports.

However, the WTA continued its demand to investigate Peng's case. The organisation had said earlier that it would suspend tournaments in China immediately as it has concerns about Peng and other players' safety in the country. It said in a statement that Peng's recent appearance does not reduce the organisation's concerns about her well-being and ability to communicate without censorship and coercion.

Meanwhile, China, which ceased to comment on Peng's Weibo post, responded to WTA's decision to cancel matches, saying it "opposes the politicisation of sports." Zhang has not commented yet on the matter.

As China is about to host the Winter Olympics in February next year, discussions on the issue have been blocked entirely in the country.