text_fields
bookmark_border
Akhtar Abdur Rahman Khan, who was credited with forging mujahideen network against Russian invasion of Afghanistan, is one of the thousands to be named in the leaked data from a leading Swiss bank 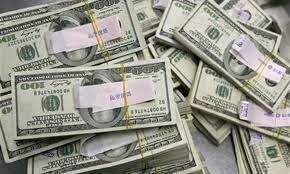 Akhtar Abdur Rahman Khan, who was credited with forging mujahideen network against Russian invasion of Afghanistan, is one of the thousands to be named in the leaked data from a leading Swiss bank.

A network of journalists called the Organised Crime and Corruption Reporting Project (OCCRP) sifted through the trove of data and the accounts, described as potentially problematic, held over $8 billion in assets.

The data covers accounts that were open from the 1940s until well into the 2010s but not the bank's current operations, the report said.

The New York Times reported that senior intelligence officials and their offspring from several countries cooperating with the US also had money stashed at Credit Suisse.

"As the head of the Pakistani intelligence agency, General Akhtar Abdur Rahman Khan helped funnel billions of dollars in cash and other aid from the US and other countries to the mujahedeen in Afghanistan to support their fight against the Soviet Union," the newspaper said in a report.

An account was opened in the name of three of General Akhtar's sons in 1985; he ,nevertheless, ever faced charges of stealing aid money, according to the newspaper,

Years later, the paper said, "the account would grow to hold $3.7 million, the leaked records show".

An OCCRP report specifically claimed that the Saudi Arabian and US funding for mujahideen fighters battling Russia's presence in Afghanistan would go to the CIA's Swiss bank account.

The report said that the end recipient was the Pakistan's Inter-Services Intelligence group (ISI), which at the time was headed by Akhtar.

Those appeared in the leaked list includes King Abdullah II of Jordan and the two sons of the former Egyptian strongman Hosni Mubarak and Venezuelan officials trapped in a long-running corruption scandal.

One Vatican-owned account was used to spend 350 million dollars in an allegedly fraudulent scheme in London which is the focus of a criminal trial of several defendants, including a cardinal, report said.

The OCCRP also reveals that 15 intelligence figures from around the world, or their close family members, have held accounts at Credit Suisse.