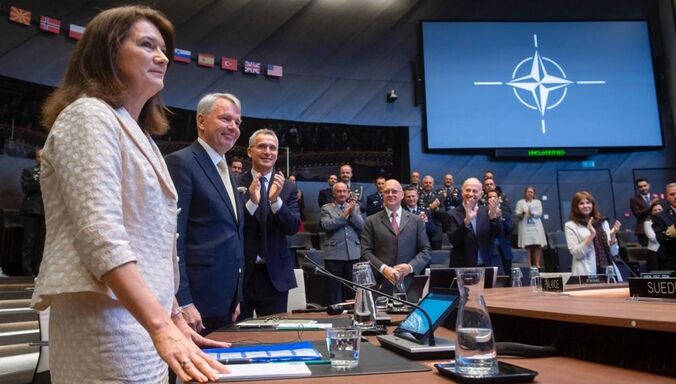 Brussels: The accession protocols of Sweden and Finland were approved by the 30 NATO allies and sent the membership bids of the two Nordic countries to the alliance capitals for legislative approvals. The new development that took place on Tuesday will increase Russia's strategic isolation after its invasion of Ukraine, Associated Press reported.

NATO (North Atlantic Treaty Organization) Secretary-General Jens Stoltenberg said, "This is truly a historic moment for Finland, for Sweden and for NATO."

Inducting Sweden and Finland into the military club was formally accepted last week after the approval of the 30 ambassadors and permanent representatives. But the parliament approval of the member state Turkey might put a snag into the inclusion process.

Turkey had demanded the two new expected members to extradite the terror suspects who have links with the outlawed Kurdish groups or the exiled cleric who ran a failed coup in Turkey in 2016. Turkish leader Recep Tayyip Erdogan warned that Ankara would block the two countries' induction if the demand was not met.

NATO accession must need the approval of all 30 states.

Stoltenberg said, There were security concerns that needed to be addressed. And we did what we always do at NATO. We found common ground." He added that he expected no change of heart. "We will be even stronger, and our people will be even safer as we face the biggest security crisis in decades," he said.

Tuesday's signing-off does bring both nations deeper into NATO's fold already. As close partners, they already attended some meetings that involved issues that immediately affected them. As official invitees, they can participate in all meetings of the ambassadors even if they do not yet have any voting rights.