Over 1.4 million people at risk of hunger in Kenya 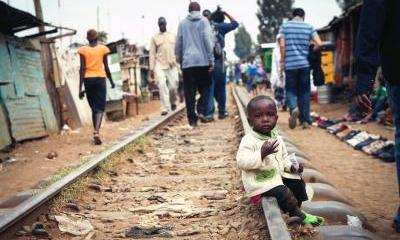 cancel
camera_altRepresentational Image Only/ From IANS

Nairobi: More than 1.4 million Kenyans are at risk of hunger, starvation and potentially face acute food insecurity, a government official warned on Thursday.

Cyrus Oguna, the spokesperson for the government of Kenya, told a media briefing in Nairobi that the country is committed to ensuring that no Kenyan dies from lack of food as a result of the looming drought.

"The government assures Kenyans that the situation is firmly under control and that there should be no cause to panic. As a country, we have enough food stocks to support the population," Oguna said.

"The national government in collaboration with county governments of the affected counties has initiated interventions, which includes close monitoring of areas that may be threatened for an immediate response." he added

He noted that the provisional budget being considered for the provision of relief for drought victims is 2.28 billion shillings (about $21 million).

He added that some parts of the country including Marsabit, Tana River, Isiolo and Turkana are already experiencing drought stress.

The Kenyan official urged farmers in areas expected to receive good rainfall to take advantage of the rains and plant the correct crop variety for their zones as advised by agricultural extension officers.

Oguna noted that the overall food security in the country is good but because of the poor performance of the short rains in the months of October-December 2020, the national food and nutrition security was marginally compromised.

He said that with the performance of the 2021 long-rains season forecasted to be poor, the food security situation is likely to worsen and the number of those in need of humanitarian support likely to increase towards August.