text_fields
bookmark_border
Khan's remarks were a reiteration of Pakistan's position that it would not accept the responsibility if it was blamed for any setbacks in the Afghan peace process. 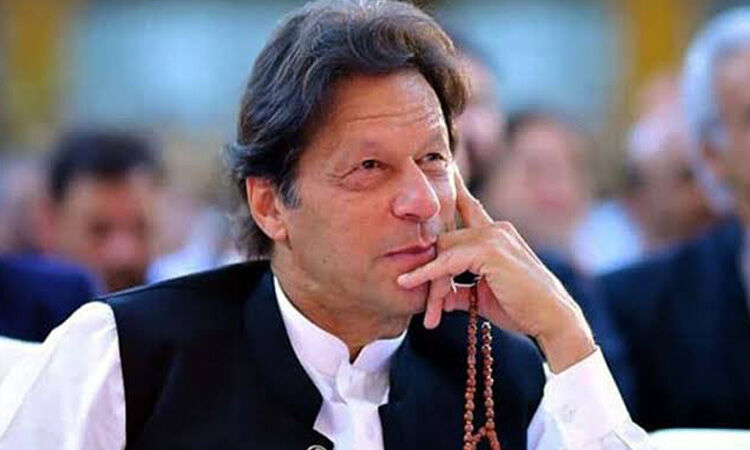 Islamabad: Pakistan Prime Minister Imran Khan said that his government is not a spokesperson for the Taliban nor can it be held responsible for the actions of the insurgent group in Afghanistan following the withdrawal of soldiers from the US and its allies.

In his comments to Afghan media representatives that were aired on Thursday, Khan also said that Pakistan will have good relations with whoever the Afghans choose.

"What the Taliban are doing or aren't doing has nothing to do with us. We are not responsible, neither are we spokespersons for the Taliban," Khan was quoted as saying by the Dawn newspaper.

Khan's remarks were a continuation of Pakistan's reiterated position sounding warnings that the government could not be blamed for any setbacks in the Afghan peace process.

Under a deal with the Taliban, the US and its NATO troops pulled out their troops in return for a commitment by the Taliban that they would prevent extremist groups from operating in areas they control. Most of the US troops are not out of Afghanistan, and US President Joe Biden has announced that American troops will be out of the country by August 31.

The Taliban ruled Afghanistan from 1996 to 2001 when the US invasion toppled their government.

The US invaded Afghanistan in October, 2001 after the Taliban refused to hand over al-Qaeda's leader Osama bin Laden, who was behind the September 11, 2001, terror attacks in America.

Khan again distanced Islamabad from the developments in Kabul, saying: "All we want is peace in Afghanistan."

He said that the Afghans had a choice to make: to either pursue the US-backed military solution or to pursue a political settlement where there is an inclusive government. "(The latter) is the only solution," he said.

"There are three million Afghan refugees in Pakistan, almost all of them are Pashtuns and most will have sympathies with the Taliban. How is Pakistan supposed to check who is going over there to fight when we have about 30,000 people crossing into Afghanistan every day. How is Pakistan going to check that?" Khan asked.

Khan said it was not possible for Pakistan to sift through the refugee camps to find out who was pro-Taliban and who was not, adding that until recently there was no physical border between the two countries.