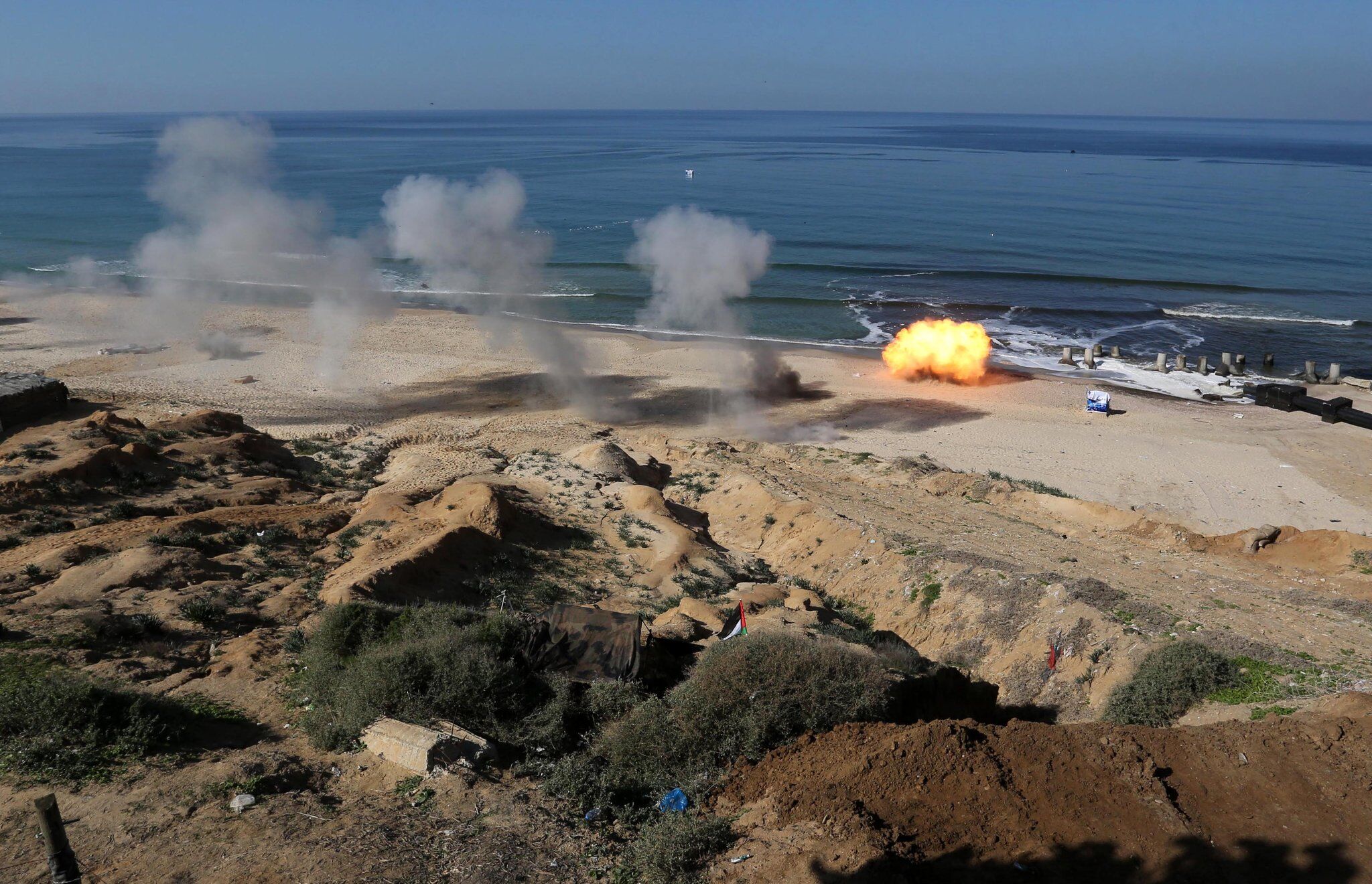 New Delhi: The Gaza Strip on Tuesday witnessed a joint military drill, the first of its kind, which was carried out by the "Joint Chamber of the Resistance Factions" with live ammunition, and with the participation of 12 military wings.

Under the cover of the resistance drones, which flew over the Gaza Strip, the "Arrukn Shadeed" drill began, firing missiles towards the sea, which the resistance had evacuated from fishermen and pilgrims since the dawn hours; To create the atmosphere for extended drill.

The drill will continue until tomorrow morning, Wednesday, interspersed with a wide spread of resistance and security forces, and an active movement of ambulances, civil defense, security and police vehicles throughout the Gaza Strip, offering the resistance movements to check on the readiness of the home front.

Sources in the Resistance told Al-Jazeera Net that the drill will witness a simulation of what might happen in any real confrontation with the occupation, and a representative implementation of the ability of the resistance to deal with these events and confront them, such as land incursions, sea landings, and other potential aggressions.

He added that "many years of struggle and fighting against this enemy have ripened a unique experience of the resistance, and made it stand on solid ground, and intensified in one trench in defense of our people, and drawn up the rules of its fight and its clash with the enemy in a unified manner with all wisdom, will and ability."

Despite the large size of the drill, the military spokesman emphasized that it was "defensive", and its aim was "to assure the readiness of the resistance to defend our people in all cases, and under all circumstances."

He said, "The leadership of the resistance is ready to fight any battle to defend our people and our land, and we will not accept that the enemy invades our people, and that our weapons are present, and our decision is unified in waging any confrontation imposed on our people at any time and place."

The military spokesman warned the occupation leadership against contemplating an adventure against Gaza, and threatened that the resistance possesses many surprises, is able to repel any aggression, and that it is "in a permanent state of development in its tools, tactics, and conflict management."