Rajapaksa family faces waning support even in their stronghold 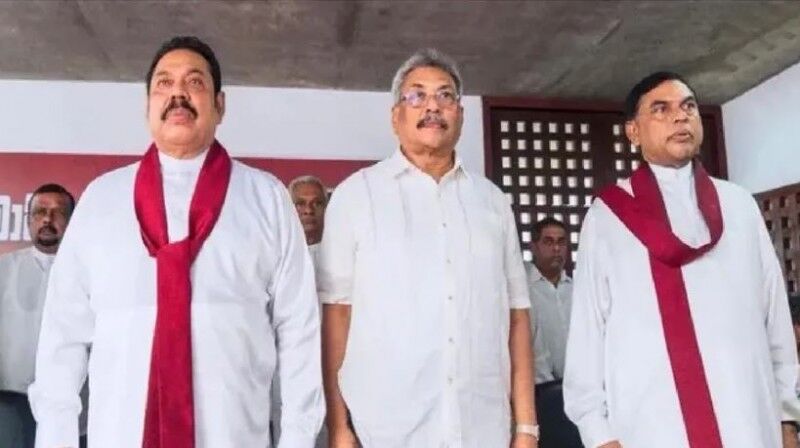 Tangalle (hambantota): Rajapaksa family is in no mood to learn the lessons yet, instead continues to cling on to power.

Their support base is fast eroding even in their home town of Tangalle, according to The Indian Express.

A photograph accompanying the report shows a pose of police personal standing guard at Rajapaksa residence.

It seems there is no fanfare anymore around the residence, except an unseemly yellow barricade.

People's interest in the family here is reportedly waning.

In 2009 in the heydays of Rajapaksa family, especially after their wiping out of LTTE, things were different.

A resident of the area, driver Roshan, is quoted as saying that people were proud about the ruling family at the time.

If he happens to meet Prime Minister Mahinda Rajapaksa, the 39-year-old father of one will ask him to hand over the job to someone better.

Until a few months ago, nobody in the town had any bad opinion of the ruling family.

When Mahindra lost 2015 polls, people in the village wept and pledged to bring him back to power, according to the report.

They broke through the yellow barricades and rushed towards the house until the police used teargas and water cannons to disperse them, the report said.

The district gave Gotabaya got 66 per cent of votes in the 2019 presidential election. Now the people have turned against the family.

According to a resident and former candidate for municipal polls, Milani Hareem, the ruling family is seeing the anger of the people.

The report further described the infrastructure projects that Rajapaksas raised, draining the country's resources, in the Hambantota town, 40 km from Tangalle.

They include the controversial Hambantota international port which the government eventually leased out to its Chinese builder to pay off the construction loans.

The Chinese-built four lane expressway is still in use, among other projects and there is this international cricket stadium where matches are reportedly held regularly.