text_fields
bookmark_border
War plans seem to have gone belly up, with Ukrainian forces still holding out against Russia 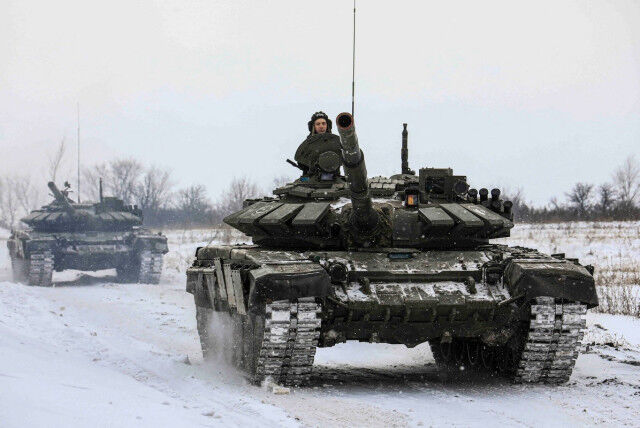 New Delhi: Russia attacked Ukraine not on a whim as many would assume.

No, there was a thought-out road map in place well before Russian forces barged into the nation.

The war plan, according to a reveal, was approved on January 18, hoping to capture Ukraine within 15 days—meaning from February 20 to March 6.

Russian plans seem to have gone belly up, with Ukrainian forces still holding out against Russia.

In the ensuing chaotic situation at war front, Russia is losing not only equipment and manpower but some vital documents too.

"In a panic, they leave secret documents. Thus, we have at our disposal the planning documents of one of the units of the battalion tactical group of the 810th separate brigade of marines of the Black Sea Fleet of the Russian Federation," he said, IANS reported.

The information gleaned from the documents describes of war plans having approved on January 18.

As per plans, Ukraine was to be captured within 15 days— from February 20 till March 6 precisely.

"The enemy unit was to disembark from the Orsk VDK in the area of the Stepanovka-1 settlement and further act with the military units of the 58th Army of the Russian Federation, namely with the 177th Separate Regiment of Marines of the Russian Black Sea Fleet. The ultimate goal of these forces was to blockade and take control of Melitopol, ", the report quoted him as saying.

Although Russia is pounding Ukraine with its mighty fire power, it is far being close to capture the nation.

With arms and ammunition pouring into Ukraine from NATO forces, Ukraine's rag-tag army is now fighting back. One report said Russia lost some 7000 soldiers as of now, which however the invading forces has not yet admitted.