US planning "Zelensky government in exile" in Poland 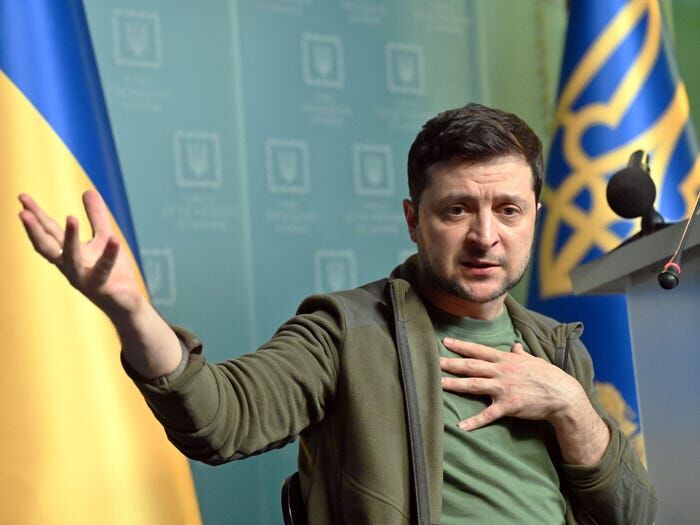 New Delhi: American administration is actively pulling the strings behind the scenes in the affairs of Ukraine without going overt, obviously having to avoid a confrontation with Russia.

One reveal by the Washington Post today hinted at the US planning to form a "Ukrainian government with Volodymyr Zelensky in exile", in Poland.

The US move gives away the idea the President must be outside Ukraine already, despite his videos posted on Facebook trying to show otherwise.

Meanwhile, the adviser to the head of the president's neither confirmed nor refused information about the whereabouts of Zelensky.

Russian authorities claim that Ukrainian government has lost control over regions and districts of the nation.

A Russian official reportedly ascribed the clashes at Zaporizhzhya nuclear power plant to the storage of documents there relating to making of nuclear weapons.

"There was also certain documentation at the Zaporozhye nuclear power plant. The clashes with Ukrainian sabotage and reconnaissance groups in the administrative premises adjacent to the nuclear power plant were, apparently, connected precisely with this," RT quoted the representative as saying to RIA Novosti.

Russian is portraying Ukraine as carrying out research and development of nuclear weapons soon after joining the Treaty on the Non-Proliferation of Nuclear Weapons as a non-nuclear state in 1994.