text_fields
bookmark_border
In the statement released at the end of the meeting on Thursday night, the two sides expressed their gratitude for the efforts of Iran in helping push forward the peace process in Afghanistan. 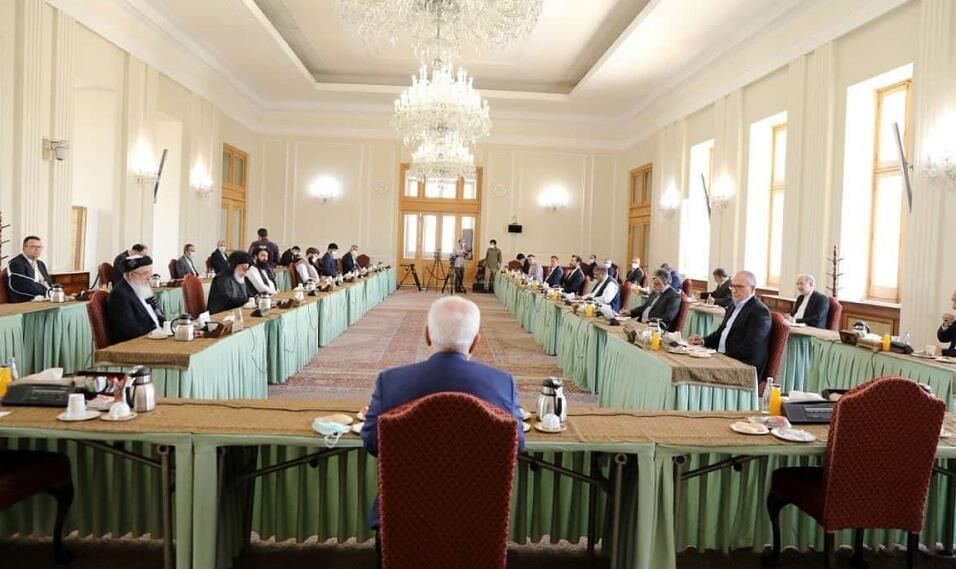 Tehran: Amid reports of conflicts within Afghanistan involving Taliban militants coinciding with steps for US troops pullout from the war-torn country, a statement issued at the conclusion of a dialogue attended by members of the Kabul government and Taliban said war is not a solution to Afghanistan's political conflicts.

The scene for the two-day dialogue that ended on Thursday was set by the Iran government in Tehran targeting an end to the decades-long conflict, according to Xinhua news agency.

In the statement released at the end of the meeting on Thursday night, the two sides expressed their gratitude for the efforts of Iran in helping push forward the peace process in Afghanistan.

With the US troops' phased withdrawal slated to end at any rate by September 11, and currently decided to be by August 31, fears have been rife about a chaotic situation emerging with the Taliban and the Afghan government forces coming in direct confrontation. However, at the Tehran talks, the Afghan government and the Taliban agreed that a continued war would damage the country's interests and they should endeavour to reach a political and peaceful solution to the differences among the concerning parties.

They also decided to discuss the issues that need further consultation, such as the establishment of a mechanism for the transition from war to permanent peace and the Islamic system in Afghanistan, as also ways to achieve the goals during the next meeting expected to be held as soon as possible, the statement added.

"Both sides condemn attacks that target people's homes, mosques and hospitals and lead to destruction, and also condemn the destruction of public institutions and call for the punishment of the perpetrators," Al Jazeera quoted from the statement , referring to talks hosted by Tehran as an opportunity to strengthen a political solution.

"Bravery in peace is more important than bravery in war because for peace, one must sacrifice and set aside maximum demands and consider the other side's demands," he said.

Zarif called on both sides to seize the opportunity to talk and put an end to the fighting for the benefit of the Afghan people. He stressed that Iran will always be ready to facilitate more talks.

While opening the talks on Wednesday, Zarif had welcomed the departure of its US foe from its eastern borders but warned: "Today, the people and political leaders of Afghanistan must make difficult decisions for the future of their country."

Iran is ready to facilitate the continuation of talks in any way the Afghan parties want, he added.

But he made no reference to any Afghan government delegation, saying only that Stanikzai was holding talks with "some Afghan personalities".

However, it is not clear if there has been any official authentication of the Tehran talks by either government, and whether any directives have been handed down to the battle-field for cessation of hostilities.