Dom Moraes wrote 'not just to be seen but felt' 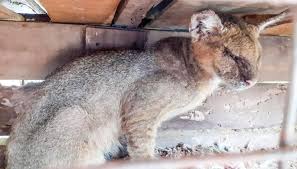 New Delhi: Regarded as one of the foundational figures in Indian English literature, poet, novelist and columnist Dom Moraes wielded his pen for about five decades, winning the admiration of numerous readers in India and abroad. Two timely offerings travel down memory lane as the very best of his travel writings and profiles keep the readers company.

Titled "Under Something of a Cloud" and "Where Some Things Are Remembered", they have both been edited by Sarayu Srivatsa and published by Speaking Tiger.

The former, which is a collection of his selected travel writings, carries an elaborate introduction by Srivatsa in which she takes the readers a step closer to the iconic writer that Moreas was. She asserts that his mind "brewd words", he "wrote with pure grit", and that he narrated things as he perceived them, "not with his eyes, but from the inner reels of his mind".

The editor, much to the fortune of the readers, has romanticised the text with plenty of anecdotal references that go a long way in sketching Moraes' personal ideals and equations with the book as a body of work.

Moraes is quoted as saying that one must have a structure before one starts a book, that the number of pages, sections, chapters, and each chapter should be approximately of the same length, that a book should not be boring, and that a writer has to be responsible: "If you have written a book you darned well try and promote it."

Srivatsa maintains that in the collection of Moraes' profiles, "each person is a part and a whole, both special and strange, who were all swept up, one way or another, across order and chaos, in the social tumult of the country". In the offering, readers will find the Dalai Lama laughing with him and Mother Teresa teaching him a lesson in empathy. They will also come across Laloo Prasad Yadav and Indira Gandhi -- all written about with Moraes' characteristic fervour.

Srivatsa gives a glimpse into the kind of traveller that Moraes was to allow a sneak peek into his travel writings. She mentions that on her road trips with Moraes, she would find him noting down extensive details about the landscape that they passed. These were done, Moraes' explained to her, "for the atmosphere".

"The smells, noises and sounds, he put them down too", says Srivatsa, who had earlier co-authored "Out of God 's Oven: Travels in a Fractured Land", with Moraes.

She observes that Moraes had the "astounding ability" to "visualise and improvise".

"He created his own mythical world... With poetic prose and vivid imagery, not just to be seen but felt, he fabricated a sense of atmosphere", she maintains.

The travels featured in this book include a childhood tour of Sri Lanka, Southeast Asia and Australia with his father Frank and mother Beryl, who was then rapidly sliding into madness; and a darkly comic trip to the Sikkim-Tibet border under preoccupation of a Chinese aggregation, among others.