Prithviraj says he is considered a mature actor, so plays characters that traverse time 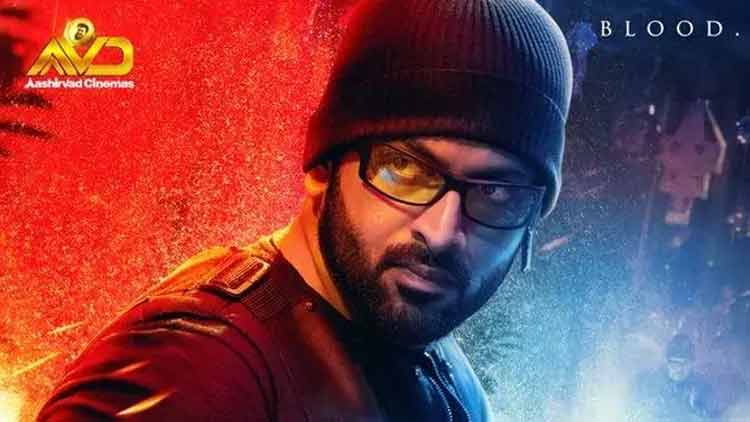 Kochi: Considered one of the leading stars of Malayalam industry, Prithviraj doesn’t compete with the current crop of stars such as Fahadh Faasil, Dulquer Salmaan and Nivin Pauly because he is considered a mature actor.

“Although we are all pretty much in the same age bracket, my screen image and the amount of time I’ve spent on acting have translated to people perceiving me as a more mature actor. Therefore, I get characters that traverse big time span,” Prithviraj told IANS here.

Having made his acting debut with the 2002 Malayalam film Nandanam, the Mumbai Police actor is on the verge of completing 100 films. He believes that there is no competition between the lead actors in Malayalam filmdom because the industry is not congested and that allows actors to do the kind of films they believe in. He said: “I don’t think the industry is congested enough for us to compete. We make about 100 films a year and we have only about four to five actors who contribute 20 to 25 films which still leaves another 75 films. I also don’t see anybody as competition because the kind of films I do are very different.”

With over half a dozen projects in his kitty, Prithviraj is looking forward to Detroit Crossing and the highly anticipated historic drama Karnan.

Detroit Crossing, to be helmed by Nirmal Sahadev, will be the second crossover film in the actor’s career. “It’s something I have wanted to do for a very long time. On the international stage, there aren’t many stories being told about our people. Detroit Crossing is happening because I said yes to it. Had they done it as a small and independent parallel cinema, it might have been a good film, but it wouldn’t have found the kind of money it has found now,” he explained.

To be completely shot in the US, the film will throw the spotlight on Tamil street fights in Michigan and Detroit. Talking about Karnan, he said he isn’t sure when they will go on floors. “If everything goes well and we manage to pull it off, it’s going to be a very big film. The pre-production process of the film is going to be unlike any Malayalam film in terms of the amount of detailing required in the production,” he said.

“We know the actual shooting will take a shorter time than what was spent on pre-production. However, I’m still not sure when we plan to commence filming,” he added.

Prithviraj currently awaits the release of Tiyaan, Adam Joan and My Story.