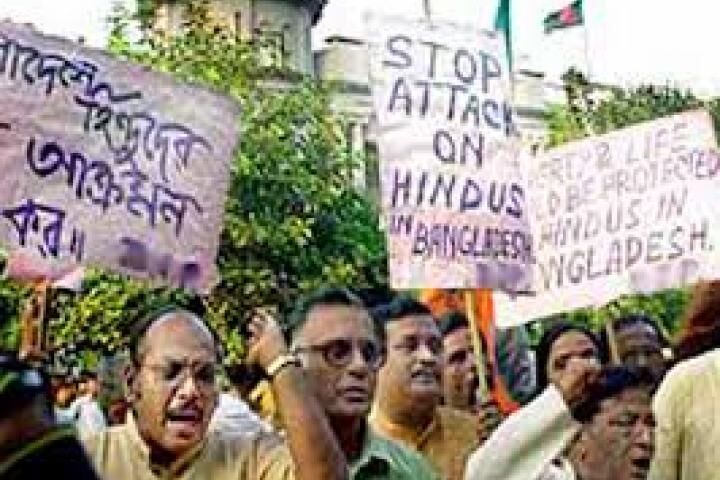 Hindus are a minority in the Muslim-majority nations. And the violence of last week left six people dead and dozens of homes destroyed. Police have arrested 450 people in connection with the communal violence, reported Al Jazeera.

Thousands of members of the Awami League gathered in Dhaka and called for an end to the violence. "Stop this communal evil, Bangladesh," read the banners. Another read: "Teach Your Children to Love, Not to Kill."

On Friday, hundreds of Muslims gathered in the southeastern Nokhali district and accused Hindus of a blasphemous incident involving the Quran. Several Hindu religious sites were vandalised and homes were torched. 71 cases have been registered in connection with it.

Former Joint General Secretary Mahbubul Alam Hanif said that the Awami League is planning a series of rallies across Bangladesh in the next two weeks. He told that the panic has to be removed, reported Reuters.