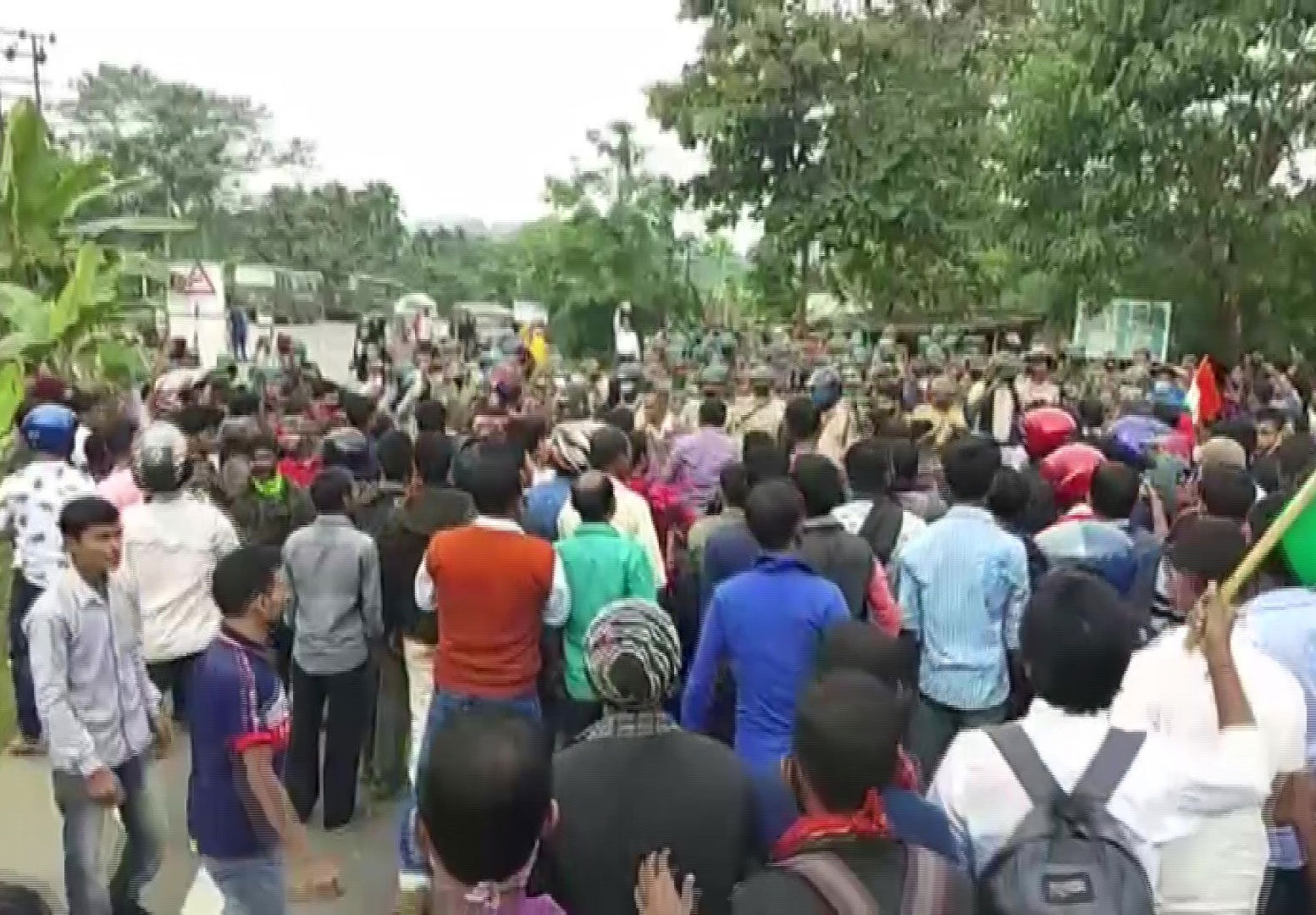 Agartala: It appears that Kanchanpur sub-division of Tripura will witness a slice of peace after a prolonged week of violence after an indefinite strike launched was "temporarily" called off on Tuesday following an understanding reached between the government and the agitators.

Local MLA Bhagaban Das, who initiated the dialogue with the Joint Movement Committee (JMC) said, talks were held in two phases on Monday and were fruitful.

"We have demanded Rs 20 lakh compensation for our supporter killed in the police firing, a government job for his next of kin as per the qualification, treatment for those injured in the clash and a financial package for repair of damaged vehicles and property in the incident," JMC convenor Sushanta Baruah said.

The JMC was given the assurance that their demands would be taken care of at a meeting with the elected public representatives and the government officials.

"The discussion concluded that both sides will have to sacrifice something and the indefinite strike was withdrawn today", the legislator said.

The "temporary" calling off the strike comes three days after two persons died when protestors, who had blocked vital NH-8 locally called "Assam road" that connects Tripura with outside, clashed with the security personnel at Panisagar in the sub-division.

The Bru issue had started in September 1997 following demands of a separate autonomous district council by carving out areas of western Mizoram adjoining Bangladesh and Tripura.

About 30,000 Bru tribals had then fled Mizoram due to the ethnic tension there and took shelter in refugee camps in Tripura.

The first attempt to repatriate the Brus was made in November 2009 by the Centre along with the governments of Tripura and Mizoram.

However, the effort had met with little success.

The centre signed a fresh agreement in January this year according to which the Brus who stayed back in Tripura relief camps will not be forced to return.

The centre sanctioned Rs 600 crore as rehabilitation package for the displaced Brus as a final solution to the vexed problem after the agreement.

The government had earmarked 12 places in six districts to rehabilitate 35,000 Brus of Mizoram.

During the strike vehicles did not ply on the major roads in the city, markets and business establishments remained closed and attendance in the government offices was thin.

Strike supporters, including women and children, used to organise protest rallies and demonstrations in front of the government offices and markets.

Meanwhile, many social organisations and tribal civil bodies have criticised the indefinite strike called by the JMC and the clash between protestors and police.

"There was no presence of administration at Kanchanpur for a week. Rule of law had withered away as health, public distribution and other essential government services had collapsed there. The government failed to take proper steps in time", tribal leaders told reporters in a press conference here.

The ruling coalition partner, Indigenous Peoples Front of Tripura (IPFT), has also come out in protest against the incident.

State Congress president Pijush Kanti Biswas has expressed shock at the "failure" of the state government in containing the movement and the decision to open fire at protesters.

Opposition CPI(M) has criticised the firing on agitators, and demanded that resettlement be carried out without hurting the interests of local residents.

Srikanta Das (43), who was among the protesters, was killed when police opened fire at picketers, who had blocked the Assam-Agartala National Highway at Panisagar.

Biswajit Debbarma, a fire service personnel, who was injured by the protesters and admitted at GBP Hospital with polytrauma and head injuries died early Sunday.