Where Vajpayee govt believed in Consensus, Modi's does not: Yashwant... 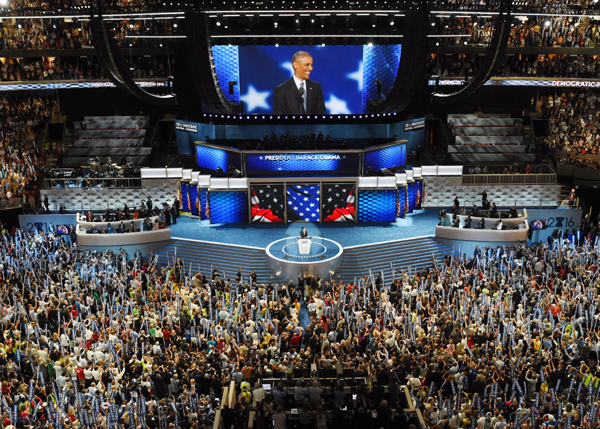 Washington: US President Barack Obama on Monday said the fight against extremist group Islamic State "continues to be difficult".

"As I said before, ISIL (another acronym for IS) is dug in, including in urban areas, and they hide behind civilians, using defenceless men, women and children as human shields," Obama said at the Pentagon after meting with his top national security advisers.

In his second televised speech on counter-terrorism within eight days, Obama did not mention any changes to the administration's current strategy against the IS both in Iraq and Syria despite expectation that he might announce further deployment of small-scale US troops to Iraq.

In a press conference on Friday, US Defence Secretary Ash Carter revealed that Obama "has indicated and shown a willingness to increase" the number of US troops on the ground in Iraq.

Since the outset of the US-led coalition campaign against the IS, the Obama administration has been sticking to its original strategy of training local forces to conduct ground assaults against the group, together with launching air raids.

Obama's latest speech on counter-terrorism came at a time when a new Gallup poll found that the Americans' confidence in the federal government's ability to protect its citizens from future acts of terrorism has dropped to a record low.

Fifty-five percent of Americans now say they have a "great deal" or a "fair amount" of confidence in the US government to protect Americans from terrorism, 33 percent lower than the level of confidence shortly after the 9/11 terrorist attacks in 2001, according to the poll released last week in the wake of the shooting carnage in San Bernardino, California.

In addition, 51 percent of Americans feel at least "somewhat worried" that they or their family members would become a victim of terrorism.