'No damage' to Syria's ancient city of Palmyra 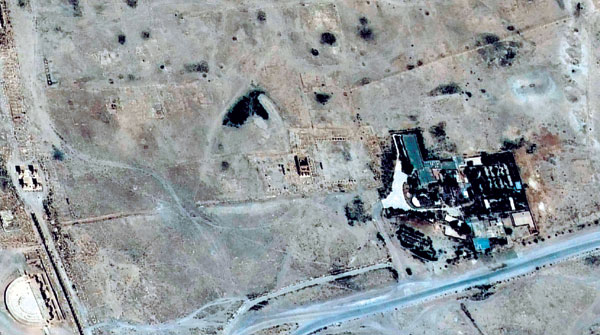 Damascus: The 2,000-year-old Unesco World Heritage site of Palmyra has not been damaged by Islamic State terrorists who ovverran the ancient city, a top Syrian archaeology official said.

"The site has not been damaged so far," the head of the Syrian government's department of antiquities, Maamoun Abdulkarim, told the Free Iraq radio station on Tuesday.

The ancient site is fine," said Abdulkarim, adding that he was worried Palmyra could "meet the same fate" as the ancient Iraqi cities of Nimrud and Hatra, which were bulldosed and blown up by IS fighters last year.

Abdulkarim is among many who fear for Palmyra, considered one of the most important archaeological sites in the Middle East and urged nations to protect the site.

"Safeguarding Palmyra is the responsibility of the international community, not just Syria's," he said.

Dating back to the 1st and 2nd Century, Palmyra rose to prominence when the region was under Roman rule. Its grand, colonnaded street and ancient temples previously attracted thousands of tourists.

Unesco and the highest seat of Sunni learning, Egypt's Al-Azhar institution in Cairo have issued calls to save Palmyra from IS.

Last week, IS claimed to be in complete of the city after the "collapse" of pro-government forces.

A report by a website close to Palestinian militant group Hamas, Samanews reported last Thursday that IS terrorists had been destroying Palmyra, claiming that remaining residents had heard "large explosions" inside the ancient temples.