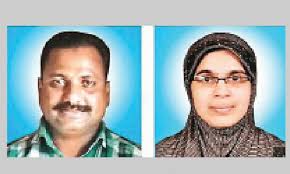 Tehran: Iran Foreign Minister, Mohammad Javad Zarif, who played a key role in the 2015 nuclear deal, has announced his resignation on an Instagram post.

"I sincerely apologise for the incapacity to continue serving and all the shortcomings during the service," Zarif posted on Instagram on Monday, adding, "Be happy and upbeat".

Zarif however, did not give a reason why he was stepping down, CNN reported.

Zarif was the key architect in the landmark deal, called Joint Comprehensive Plan of Action, aimed at reining in Iran's nuclear programme -- which US President Donald Trump withdrew from last year.

The deal, which Europe, China, Russia and Tehran still adhere to, promised Iran economic benefits and relief in exchange for restraints on its nuclear programme.

He has served as Foreign Minister since 2013.

Zarif is well known in western circles. He received his undergraduate degree from the San Francisco State University in 1981, his Master's in international relations from the University of Denver in 1984 and his doctorate also from the same varsity in 1988.

Both his children were born in the US.