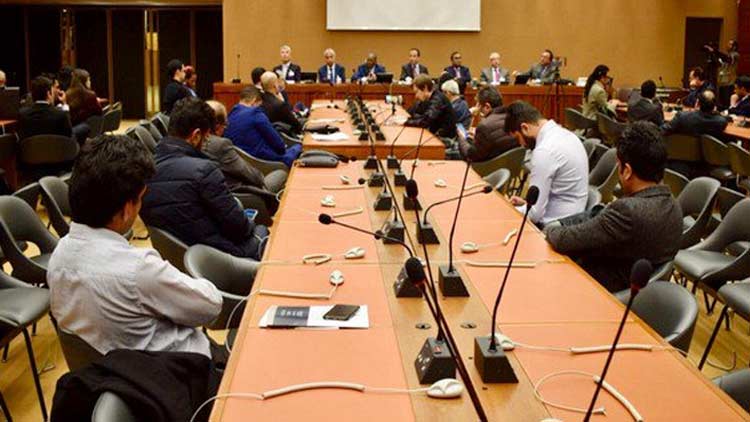 New York: China has been accused in the UNHRC of widespread harvesting of human organs from "living" people of the persecuted Uighur and Falun Gong groups, and that Beijing's involvement in crimes against humanity has been "proved beyond reasonable doubt".

Speaking at the UNHRC on the Tuesday, Hamid Sabi, Counsel to the China Tribunal, said the Tribunal "considered all available evidence and concluded that forced organ harvesting from prisoners of conscience, including the religious and ethnic minorities of Falun Gong and Uighurs, has been committed for years throughout China on a significant scale, and that it continues today".

"This involves hundreds of thousands of victims," he said.

Sabi said that "acting on independent legal advice, the Tribunal concluded that commission of Crimes Against Humanity against Falun Gong and Uyghurs had been proved beyond reasonable doubt".

"Victim for victim and death for death, cutting out the hearts and other organs from living, blameless, harmless, peaceable people constitutes one of the worst mass atrocities of this century.

"Organ transplantation to save life is a scientific and social triumph. But killing the donor is criminal.

"Government and international bodies must do their duty not only in regard to the possible charge of genocide but also in regard to Crimes Against Humanity, which the tribunal does not consider to be less heinous.

"It is the legal obligation of UN Member States and the duty of this council to address this criminal conduct," he said.

The transplant recipients in China include Chinese nationals as well as substantial numbers of international 'transplant tourists' who travel to China in order to receive an organ at a substantial cost, but with a greatly reduced waiting time, according to healtheuropa.eu.

It said that recipients from the US, Europe and Asia were generally thought not to be aware that the source of their transplant has been via the murder of an innocent 'donor' held in detention centres, prisons and black jails, whose organs were matched and extracted to order.

The China Tribunal, an independent people's tribunal chaired by Geoffrey Nice, had announced in June that Beijing's "wicked" organ harvesting amounted to crimes against humanity.

The killing of innocent people for their organs is estimated to earn the People's Republic of China over $1 billion per annum, the website claimed.

Speaking at a separate UN event, Nice stated: "Governments, UN bodies and ruling bodies of medical associations dealing with transplant surgery can no longer avoid what it is inconvenient for them to admit. Crimes revealed in the China Tribunal judgment require immediate action.

"The UN and the International Transplant Society should face up to what is revealed in the China Tribunal judgment and act. The time of convenient 'uncertainty', when all these entities could say the case against the PRC was not proved, is past."

Susie Hughes, Executive Director of the International Coalition to End Transplant Abuse in China (ETAC), the international coalition who initiated the China Tribunal, also announced that in a recent joint letter, human trafficking, legal, human rights and anti-slavery organisations were calling for a UN Commission of Inquiry into forced organ harvesting in China.

The primary victims of organ transplant crimes in China were people who practice Falun Gong.

Falun Gong is a peaceful spiritual practice of the Buddha School of tradition that involves meditation, 'Qi Gong' exercises and striving to live by the principles of truthfulness, compassion and forbearance.

With 80 to 100 million people freely practicing Falun Gong in the country, the Communist Party of China outlawed it in 1999 with hundreds of thousands of people detained, tortured and killed for extraction of their organs, the website claimed.

Evidence also indicates that Uighurs, House Church Christians and Tibetans were also killed for their organs.