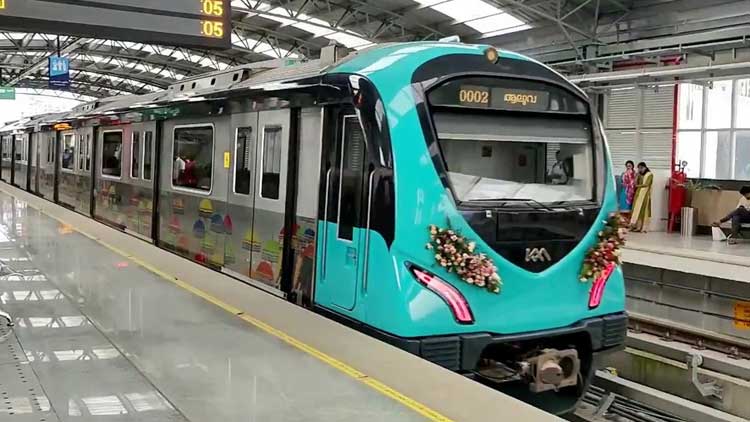 Bangalore and Nagpur Metro projects will also receive the funding.

A delegation of Agence Francaise de Developpment (AFD), the country's bilateral financial institution, is here on a two-day visit to discuss about projects that could be funded, especially in the areas of sustainable urban development and smart cities.

"The phase 2 of Kochi and Bangalore Metros and phase 1 of Nagpur Metro are in the pipeline and there is a possibility that these projects could be funded by the AFD. However, this is only a part of the total funding required for these projects," said S Selvakumar, Joint Secretary, Department of Economic Affairs.

He was speaking on the sidelines of a function organised at the French embassy here.

Selvakumar said the French have also shown interest in other projects which are related to Swachch Bharat Abhiyaan.

This includes a solid waste management plant for Puducherry.

"There are several other projects like sewerage plant for Chennai, but all this depends on the readiness of the project," he added.

Pascal Pacaut, Director for the Asia department of the AFD, said the cooperation between AFD and India started in 2008 starting with 1 billion euros. However, after Modi's visit to France, the credit line has been increased to 2 billion euros.

"We are considering several projects one of it is in Pondicherry. This is for the historical reasons," Pacaut said.

Francois Richer, French ambassador to India, said cooperation between the two countries in field of smart cities and sustainable urban development is a very "important endeavour".

"Another area of cooperation is Prime Minister (Modi) has launched a very ambitious (Make in India) programme and French companies are looking at 10 per cent growth in their investments," he said.

Referring to the pre-engineering agreement and an MoU between Areva and Larsen and Tourbo in the field of nuclear energy and in the field of railways, Richer said it is critical to both the countries.

"The 2 billion euros credit line to address sustainable urban development and smart city project can be fulfilled in a practical way," he added.