Kerala CM is playing to the gallery: Modi Minister 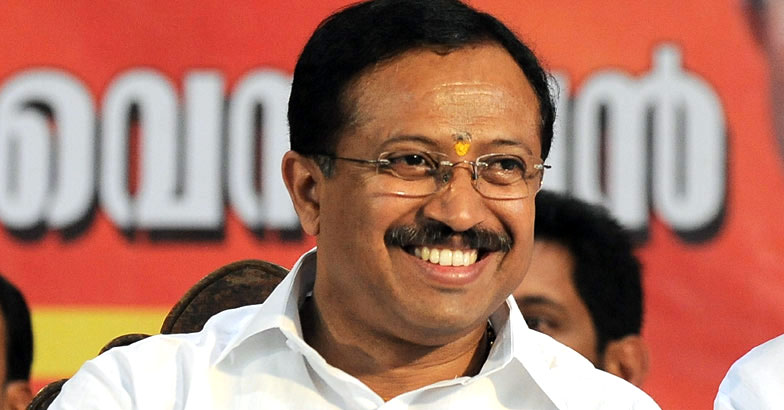 Thiruvananthapuram: Taking on Kerala Chief Minister Pinarayi Vijayan for his remarks that the state will not implement the Citizenship Amendment Act (CAA), Union Minister of State for External Affairs V. Muraleedharan on Sunday slammed the former by saying that he is playing to the gallery.

On the very day the CAA was passed by the Parliament, Vijayan had categorically stated that it would not be implemented in the state.

"The CAA has been passed by the Parliament and inked by the President and yet, Vijayan says it won't be implemented in Kerala. This is nothing but playing to the gallery," said Muraleedharan, the lone Keralite in the Narendra Modi cabinet.

"Joining hands with Vijayan is Leader of opposition Ramesh Chennithala. Both are taking to the streets and creating ruckus and this does not augur well," added Muraleedharan, who also reminded Vijayan that those occupying constitutional posts should behave.

Vijayan also gave orders to come out with a new government order on Friday when Kerala became the second state after West Bengal to stay all activities associated with updation of the National Population Register (NPR).

Last week saw both Vijayan and Chennithala along with their allies joining hands together and staging a protest here against CAA, which the Congress party said, was done to send a message and there will be no more joint protest.

On Saturday, they staged a state-wide protest which drew huge crowds.