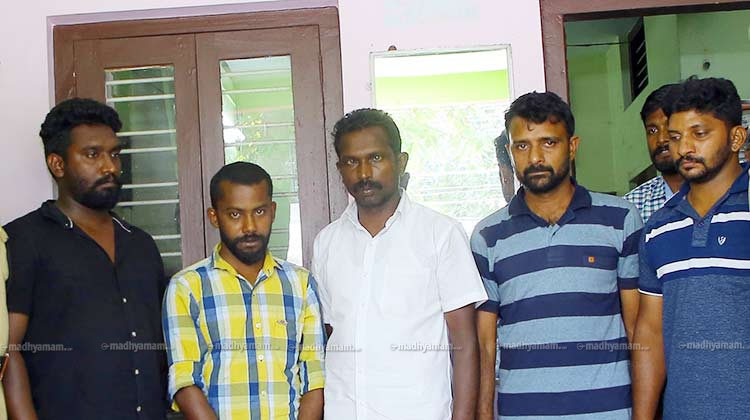 Thiruvananthapuram: Kerala Excise officials on Friday seized Rs 13 crore worth of hashish oil and have taken into custody here five men in this regard, a top official said.

Excise officials acted following a tip-off and took into custody five carriers and the vehicle in which the rich haul of hashish was concealed. The seizure was effected near a school in the state capital.

Speaking to the media after effecting the seizure, Excise Commissioner Rishiraj Singh said that four of the arrested belong to Kerala, while one person is from Andhra Pradesh.

"The seizure was effected following inspection of the vehicle. The drug was concealed in the side panels of the vehicle," said Singh.

Enforcement officials in the state are on high alert as they feel that the supply of contraband drugs into the state is likely to increase with the elections scheduled for next month.