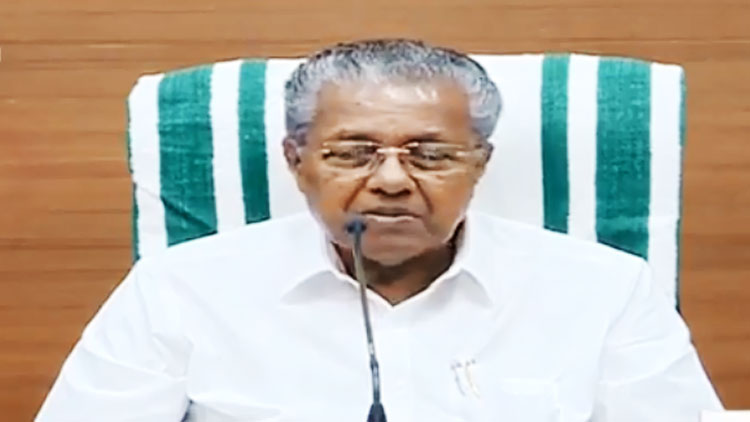 Addressing the opening session of a world reconstruction conference in Geneva, Vijayan said Odisha, which recently faced the fury of cyclone 'Fani', succeeded in bringing down loss to human lives due to early warning systems.

"I would like to note here that during the first week of May, Fani badly affected Odisha. But damage to human lives could be controlled due to sufficient early warning," he said.

"This brings before us the fact that early warning systems should work effectively as the variations in climatic patterns due to global warming have increased the frequency of natural calamities like floods and cyclones,", he said while addressing the conference.

Vijayan said Kerala was devastated by the unprecedented floods in August last year which claimed 453 human lives, besides destroying homes and damaging crops.

The state's total recovery needs have been estimated as around 4.4 billion US dollars, as per the Post Disaster Needs Assessment (PDNA) conducted by the UN Agencies.

"Our aim is not to restore what was in existence before the flood, but to build a new Kerala which will be resilient to any possible natural disasters in future," he said.

A comprehensive programme to rebuild lost and damaged houses has been launched, he said.

The 'Rebuild Kerala Initiative' is being carried out on a mission mode. Eco-friendly building strategies, giving more room for rivers, learning to live with floods etc.

are the key factors of this initiative, the chief minister added.