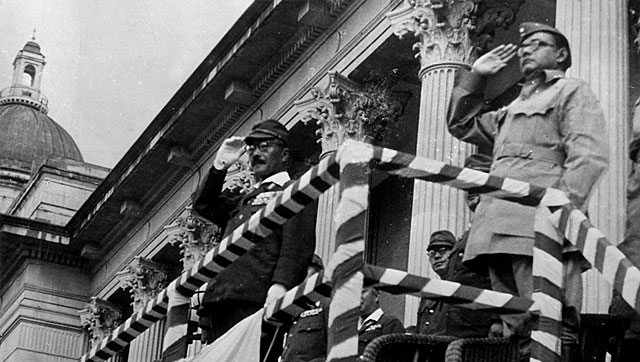 New Delhi: Highly classified information about the disappearance of Netaji Subhas Chandra Bose has been made available to the public, the central government informed parliament Wednesday.

Files relating to the Justice Khosla and the Justice M.K. Mukherjee commissions have been sent by the ministry of home affairs to the National Archives Oct 1, 2012 for permanent retention, union Minister of State for Home Affairs Haribhai Parathibhai Chaudhary informed the Rajya Sabha in a written reply.

The two commissions were appointed by the central government to enquire into the disappearance of Bose.

The National Archives has prepared the detailed list of the Justice Mukherjee Commission papers and they were made available to scholars from Nov 17, 2014.

Four files relating to the Azad Hind government were also available with the National Archives, he said.

The minister said 29 files were still lying with the external affairs ministry and it was not considering to de-classify them and send to the National Archives.

He said the external affairs ministry has informed that the information contained in those files was of a sensitive nature and bringing it in the public domain at this juncture was not desirable from the point of view of India's relations with other countries.

Besides, Chaudhary said the prime minister's office has 60 files related to Bose, out of which two top secret files have been de-classified and sent to the National Archives.