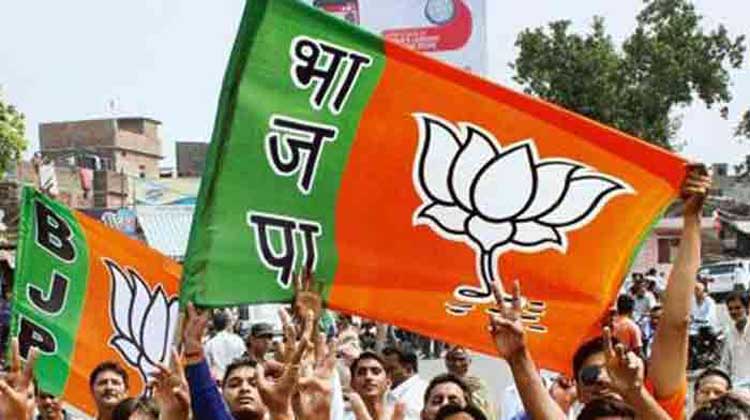 New Delhi: The BJP has a clear advantage in Jharkhand and the PDP is projected to lead in Jammu and Kashmir, exit polls said after the five phase assembly polls in both states ended Saturday.

The AXIS-APM exit poll has projected that Bharatiya Janata Party-All Jharkhand Student Union alliance in Jharkhand is likely to get 43 percent votes that may translate into the alliance winning 37 to 43 seats. The state has an 81-member assembly.

It projected that Babulal Marandi's Jharkhand Vikas Morcha-Prajatantrik is likely to improve its vote share to 16 percent and may get 12-16 seats while the Jharkhand Mukti Morcha, which headed the outgoing government, will emerge third and expected to get 10-14 seats, with a projected vote share of 19 percent.

The Congress, and ally Rashtriya Janata Dal is likely to get 7 to 11 seats with a projected vote share of 12 percent.

Todays Chanakya in its exit poll has predicted a "landslide sweep" for the BJP-AJSU alliance as it projected the alliance to get 61 seats (plus/minus 8 seats) with a vote share of 36 percent (plus/minus 3 percent).

It has projected 12 seats (plus/minus 4 seats) to JMM with a likely vote share of 21 percent (plus/minus 3 percent).

It has given four seats to Congress (plus/minus two seats) with a projected vote share of 19 percent (plus/minus three percent).

The exit poll by the AXIS-APM places the Peoples Democratic Party in a leading position in Jammu and Kashmir but short of a majority in the 87-member assembly.

"In Jammu and Kashmir, PDP is likely to fall short of halfway mark & is projected to win 36 - 41 seats," it predicted.

BJP, the exit poll says, is likely to emerge as the second largest party with projected seats being in the range of 16-22 seats. The ruling National Conference is projected to only win 9-13 seats.