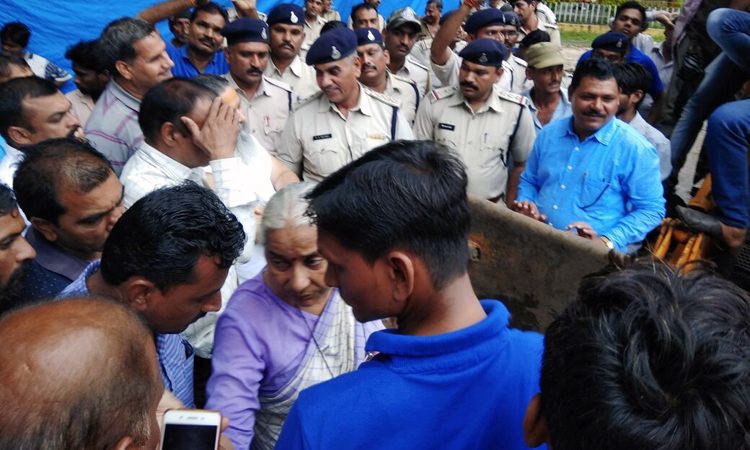 New Delhi: A Delhi court Thursday imposed Rs 10,000 as costs on NBA activist Medha Patkar for her repeated failure to appear before it in defamation cases filed by her and KVIC Chairman V K Saxena against each other.

Metropolitan Magistrate Vikrant Vaid granted one last opportunity to the activist while warning that he will dismiss her complaint against Saxena if she again fails to appear.

The court had on June 26 warned Patkar to be "careful in future" and had cancelled the non-bailable warrant issued against her on May 29 for her non-appearance.

The court had in January 2015 also imposed costs of Rs 3,000 on Patkar for non-appearance before it, giving her the "last and final opportunity" to appear before it.

V K Saxena, President of Ahmedabad-based NGO National Council for Civil Liberties (NCCL), and Patkar have been embroiled in a legal battle since 2000 after she filed a suit against him for publishing advertisements against her and the NBA.