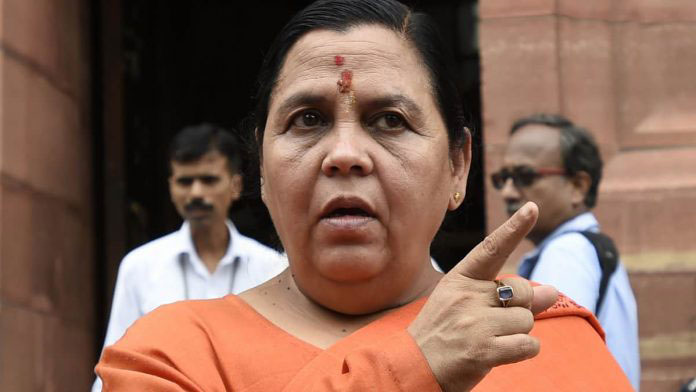 New Delhi: Just as BJP intensified its protest against SC order to open Sabarimala door to women, senior party leader and Union minister Uma Bharti on Thursday made a differing opinion on the issue.

“The court did not intervene suo motu. When someone approaches the court, it cannot deny the opportunity to take their matter before the court… If someone goes to court, the court will have to pronounce its stand… I will not blame the court here,” Bharti told The Indian Express.

Her statement might put BJP president Amit Shah on the defensive, because days ago addressing party workers in Kannur Shah had said court should desist from pronouncing verdicts that could not be implemented.

As for Amit Shah’s comment, she said he could have been referring to people who had approached the court.

Uma Barati dubbed the issue a matter of personal faith, and women themselves knew “when to go to a temple and when they should not”.

Bharti wanted all Opposition parties, including the Congress, initiate a dialogue to resolve the issue.