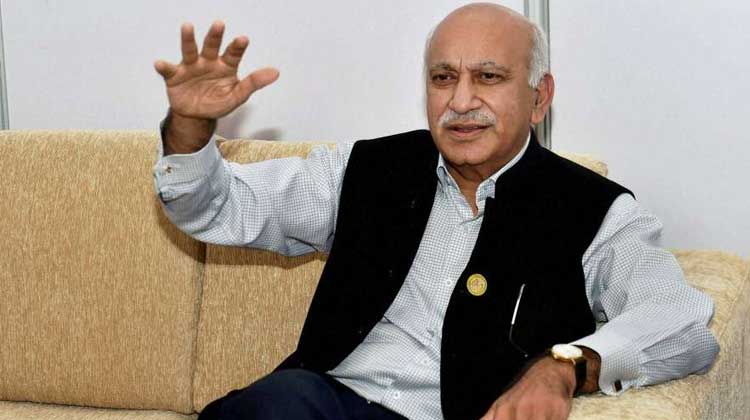 New Delhi: Union Minister of State for External Affairs M.J. Akbar, accused of sexual harassment by several women journalists, returned to India on Sunday after a foreign tour and said he will issue a statement over the allegations.

Replying to a volley of questions from reporters at the airport, the Minister said: "There will be a statement later on."

As the #MeToo campaign gained momentum, some women journalists accused Akbar of sexually harassing them when he was the editor in newspapers.