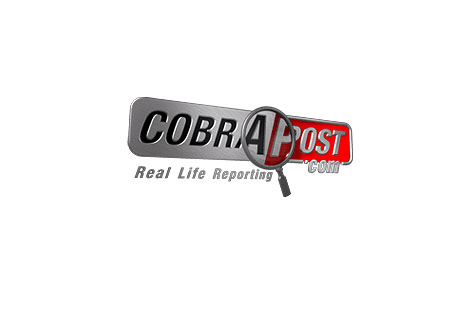 New Delhi: The Delhi High Court Friday set aside an order restraining the web portal Cobrapost from making public its documentary, which alleged that various media houses have indulged in unethical practices like paid news, saying that public figures and institutions have to fulfil a high threshold to seek injunctive relief in respect of alleged libel or defamation.

A bench of Justices S Ravindra Bhat and A K Chawla said the ex-parte injunction, granted on the plea of Dainik Bhaskar Corporation Ltd, to subsist during the entirety of the pendency of the suit, was unjustified.

"Unless it is demonstrated at the threshold that the offending content is malicious or palpably false, an injunction and that too an ex-parte one, without recording any reasons should not be given," it said.

However, the bench remanded the matter back to the single judge to consider the question of grant of interim relief on the basis of the pleadings and contentions of the parties.

It asked the parties to be present before the single judge on October 3 and made it clear that the observations made in the today's decision do not in any manner reflect on the merits of the facts which are yet to be decided by the single judge.

The bench said the consequence of not following established rules and principles would be that the courts would unwittingly, through their orders, stifle public debate.

"If courts are to routinely stifle debate, what cannot be done by law by the State can be achieved indirectly without satisfying exacting constitutional standards that permit infractions on the valuable right to freedom of speech," it said.

The court said the new age media, especially the electronic media and internet, posts greater challenges and valuable right of free speech should not be diluted in the process.

"The salutary and established principle in issues that concerned free speech are that public figures and public institutions have to fulfil a very high threshold to seek injunctive relief in respect of alleged libel or defamation," it said.

The single judge had on May 24 restrained Cobrapost from making public its documentary, titled 'operating 136: Part II', on Dainik Bhaskar's plea.

In its appeal before the division bench, the Cobrapost, operated by non-profit organisation Forum for Media and Literature, had said it was a matter of freedom of speech and the single judge had granted ex-parte injunction and stayed the documentary mechanically.

Dainik Bhaskar had argued before the single judge that if released, the documentary would cause irreparable loss and injury to its reputation.

The portal had, however, released the documentary, but without any reference to Dainik Bhaskar.

While passing the interim injunction order, the single judge had issued summons to the Forum for Media and Literature and others.

Cobrapost had carried a story titled "Operation 136: Part I" on 17 media houses and alleged malpractices, including paid news, peddling of communal agenda and acceptance of black currency. It was released on March 26.