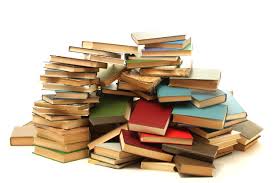 President Ram Nath Kovind, who gave the valedictory address on the third and final day of the 15th Pravasi Bharatiya Divas, presented the awards at a grand event here

Though most awardees were present to receive the honour, three among them, including Gopinath, were not present for the event

The award is the highest honour conferred by the President of India as part of the Pravasi Bharatiya Divas (PBD) Conventions on a Non Resident Indian (NRI), Person of Indian Origin (PIOs) or organisation or institution established and run by NRIs or PIOs

Kovind, in his address, said India today is a land of billion ideas and opportunities

Addressing the NRIs and the people of Indian-origin, he said: "I invite each one of you to become a part of India's growth story which is being etched by its billion minds. We want to leverage your technology, knowho?w and investment to power our Make in India, Digital India, Clean India and Skill India programmes."

"We want to change the brain-drain of yesterday to brain-gain of today. I once again call upon you to contribute and partner us in the New India that we are committed to build and to become a part of India's history in making," the president said

Gulati, in his acceptance speech on behalf of all the awardees, said India is in the blood and heart of all NRIs. NRIs and PIOs have a strong connect with India and are like one big family

Minister of State for External Affairs V K Singh, while briefing the media earlier, said this year's Pravasi Bhartiya Divas was a success and the sessions held here had provided important insights into the way forward in engaging the diaspora in India's development

Asked about opposition's criticism that the government was using such events for political gains ahead of the Lok Sabha polls, Singh dismissed it as saying the opposition can say anything, but the facts are in front of everyone

Four plenary sessions on different issues ? 'Indian diaspora's role in capacity building for artificial intelligence in India', 'Opportunities and challenges in giving to India', 'Indian Community organisations working for Indian nationals in distressed situations', and 'How the diaspora can provide support system for developing cyber capacity in India' ? were held Wednesday

Singh, who chaired all the sessions, said unlike previous PBD's where sessions became platforms for airing grievances, this year, substantive discussions took place and tangible outcomes were expected from the deliberations

A total of 7,228 registrations were done for this year's PBD from over 90 countries, Singh said

Singh said the Pravasi Bhartiya Divas is held on January 9 to mark Mahatma Gandhi's return to India in 1915, but this year it is delayed keeping in mind requests from members of the Indian diaspora to attend the Kumbh Mela and the Republic Day parade

During the PBD event, Uttar Pradesh also honoured its 'Pravasis' with the UP Apravasi Bharatiya Ratna Puruskar 2019

Eight eminent NRIs and people of Indian-origin, including PTI correspondent Yoshita Singh who covers the United Nations and New York, received the honour from UP Governor Naik Monday.