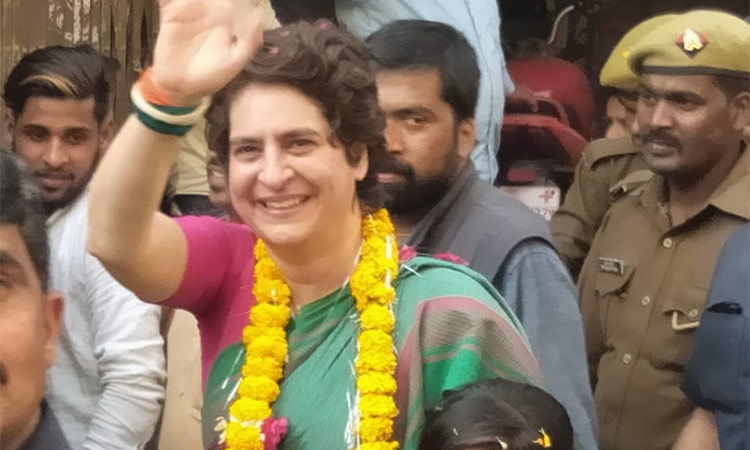 New Delhi: The Congress on Friday hit out at the BJP-led government over the wage hike under MGNREGA, alleging that making a "measly" 2.16 per cent average annual increase in it shows the "anti-poor" mindset of Prime Minister Narendra Modi.

"Pro-rich and anti-poor policies of the Narendra Modi government have created rampant and unimaginable rural distress in the past five years," she alleged.

"Under MGNREGA, the Modi government has given a measly increase of 2.16 per cent as average annual wage hike for 2019-20 which is the lowest ever," Chaturvedi said.

NREGA labourers in six states and Union territories will see no annual increase in their daily wages this financial year, she claimed adding, "The Modi government has not released any funds for wage hikes for the states of Karnataka, Kerala and West Bengal." NREGA workers in another 15 states will get a daily wage hike of between Re 1 and Rs 5, the Congress spokesperson said, adding that in Madhya Pradesh and Chhattisgarh, which are ruled by her party, have received a meagre increase of Rs 2.

"Narendra Modi came (to power) on the back of plenty of promises regarding rural wages and farmers income. Ever since Modi has come into power, we have seen how he has waged a war on the people living in villages, people depending on farm income, people whose life depends on the rural economy," she said.

"We have seen how Narendra Modi has catered to the whims and fancies of his suited-booted friends and totaly ignored the demands of the people living in rural areas," Chaturvedi alleged.

She said the Congress would like to ask the prime minister that while he "spends Rs 5,200 crore for publicity" and "waives loans of suited booted friends", then why can he not live up to the promises he made to the people living in rural areas.