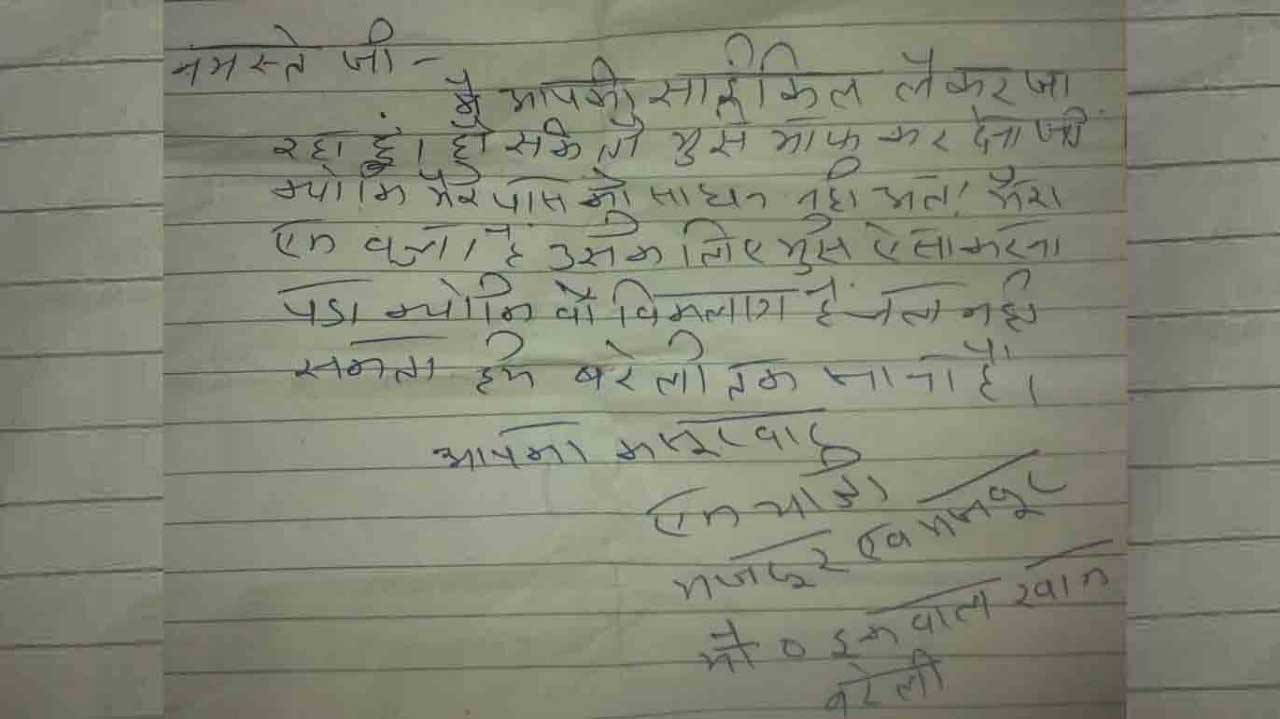 Amethi: A young man from Amethi has sent a letter written in blood to the Election Commission seeking a directive for Prime Minister Narendra Modi to abstain from making objectionable comments that hurt the sentiments of the people.

Manoj Kashyap of Shahgarh in Amethi has written that he was 'traumatised' by the statements of the Prime Minister against late Rajiv Gandhi.

He has written that the former Prime Minister lowered the voting age to 18 years, implemented the Panchayati Raj system and brought in the computer revolution in the country.

He further writes that for the people of Amethi anyone who insults Rajiv Gandhi is akin to those who assassinated him.

Kashyap wrote that Rajiv Gandhi lives on in the hearts of the people of Amethi and also the country and the Prime Minister must be directed not to make such remarks against the late leader.

The reference was obviously to the Prime Minister referring to late Rajiv Gandhi as ‘Bhrashtachari No I' in a recent election rally.

Kashyap further said that his letter had no political overtones and he felt emotionally connected to the late leader.

The letter has been shared on the Twitter handle of Congress MLC Deepak Singh.