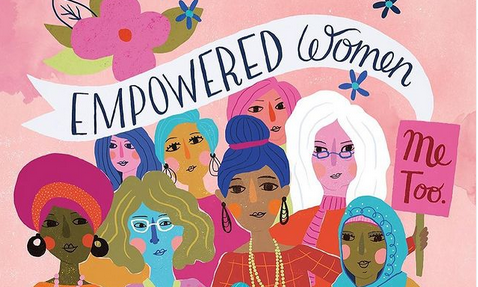 Fighting the wars inside and outside; Thinking out of the box on women empowerment

This International Women's Day had been different from any other and the reason is not just the pandemic.

The increase in the number of initiatives and organisations for and by women, several awards to felicitate women achievers, popularity of some Netflix shows highlighting issues related to women, statistics showing the effect of work from home on women careers, the cases where women have accused men of crimes like the zomato case are all responsible for the following realisations on the occasion of International Women's Day.

Everyone talks about empowering a group but in reality it's all theory or not deep enough to sustain. No matter how many social initiatives are started, charity drives organised, support of various stakeholders taken, true empowerment happens through self-empowerment.

Women empowerment needs to be more than these. It needs to focus on character building of women and skill building of women with strategic and systematic processes, led and executed mindfully, with minimum toxicity of all forms, balancing the dependent and independent ideas in order to prevent the present and future generations of women and men from getting unhealthy ideas about womanhood.

Women are more powerful than men but don't understand their power. Patriarchy might look powerful but there are often dominant females in the scenario of patriarchy. That is why younger generation of women and men suffer due to lack of support from older women supporting wrong ideas for the wrong reasons.

Also Read:Raising India's Future; On how parents are more powerful than any other in the world

Part of winning a battle is knowing when not to attack or speak and choosing silence or going within to fight the war and seeing victory outside. Knowing the balance between silence and speaking up is crucial.

Women go through traumas that are visible, that are projected on different family members in different ways and often the husband and the son are usually affected deeply. Men don't always get to project traumas and they allow it to go within and then take out in a wrong way on others after them or under them and even at times on those who inflicted on them. The process continues unless a man and a woman realise that this loop of traumas needs to end.

When a woman leads by example, sets an example of healing traumas and stops blaming parents, family, society, government, in-laws, when she chooses to fight the wars inside, when she chooses to go to war with herself and against the set unhealthy beliefs that are modern or traditional, she not only wins battles outside in the world, she not only wins the professional and personal battles but also inspires other men to heal themselves and their traumas, she inspires other women and girls to grow up in a healthy and balanced way.

(Madiha Ahmed is a Socio-Cognitive Development Expert, Intergenerational Family Leadership Coach, Mentor and Expert at the New York Academy of Sciences, at the University of Westminster, at the Global Thinkers Forum and at Jobs For Her.)