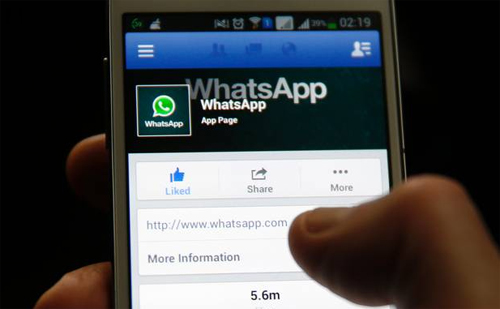 New York: If media reports are to be believed, mobile messaging service WhatsApp is set to launch a free voice calling feature for its 600 million active users.

Recent changes in the interface of the app suggests the feature is coming soon.

"The leaked images of the upcoming user interface shows that the app has been enabled with other language translations which will be displayed at the time a person receives a call via WhatsApp," a report on thefusejoplin.com stated.

The translation feature available in the latest version of WhatsApp has made it clear that the voice calling plug-in is on it's way.

While the voice calling feature is all set to be released on WhatsApp, there is no update if there is going to be a similar feature on Facebook, it added.

Facebook-owned WhatsApp has witnessed a 15 percent rise in its traffic since the acquisition.