COVID: Tamil Nadu under stringent curbs till May 20

Indians care more about phones than people they love: Study 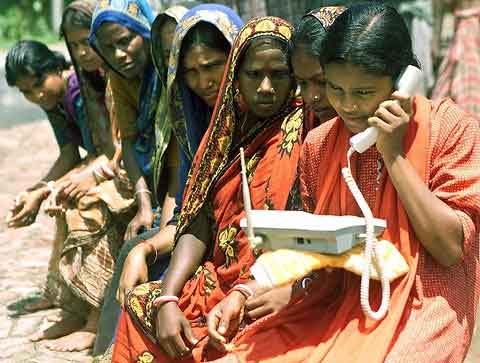 New Delhi: Nearly 33 per cent of people, specially the younger generation that has grown up in a digital world, care more for their smartphones over engaging with individuals they love and India tops the list with 47 per cent, a report said on Saturday.

The study by telecommunications company Motorola, which is developed in partnership with Nancy Etcoff -- expert in 'Mind-Brain Behaviour and the Science of Happiness', from Harvard University, said: "We, as a generation, are losing control of our lives."

"Over half of the respondents (53 per cent) described their smartphones as their best friend and companion. India tops the chart with 65 per cent," the study, issued by the independent research company Ipsos, noted.

India again topped the list with 64 per cent when it came to people wanting help with phone-life balance.

The global numbers stand at 61 per cent where individuals said they wanted to get the most out of their lives when they were not using their phones.

Motorola defines phone-life balance as the desire to have a technology to support lives without becoming the center of it.

The study pinpointed key problematic smartphone behaviours that impacted people's relationships with others and themselves.

"Approximately 50 per cent people agreed that they check their phone more often than they would like and nearly 44 per cent felt compelled to perpetually check their phones. India figures at the top with 65 per cent and 57 per cent respectively," the study found.

Almost 35 per cent of the respondents agreed that they are spending too much time using their phones with 44 per cent of them belonging to Gen Z -- people who were born from the mid 1990s to the early 2000s.

India figures at the top with 48 per cent and 55 per cent respectively.

Further to this, 53 per cent Indians said that they would be happier if they spent less time on their smartphones.

Nearly, 65 per cent people panic when they think they have lost their smartphone.

"India stands at the top in emotional overdependence of phone with 77 per cent of respondents admitting that they panic when they lose their phone," the study said.

Even while not using their smartphones, 46 per cent Indians were thinking about using it the next time that they get a chance to check their devices.