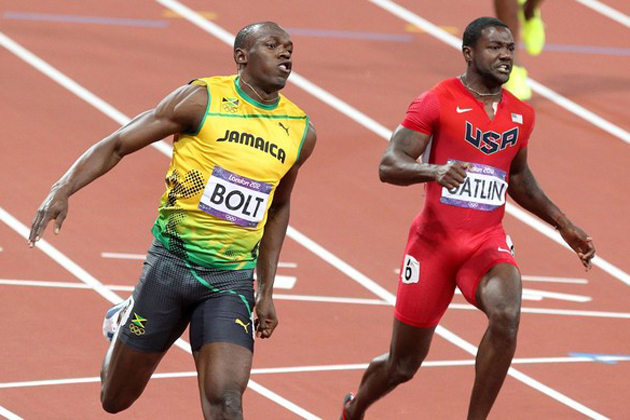 Bolt, who has won eight Olympic and 11 World gold medals, beat off competition from Isiah Young of the United States in the last 30 meters to win in 9.95 seconds at Stade Louis II in Monaco on Friday. Young clocked 9.98. Akani Simbine of South Africa was third in 10.02, reports Xinhua news agency.

Bolt will retire from the sport after next month's World championships in London, where he will compete in the 100m and 4x100m relay.

South African sprinter Van Niekerk was also made to work in the 400m, fighting off a late surge from Botswanan rival Isaac Makwala.

Van Niekerk, however, dug deep and surged home in a meeting record of 43.73sec, Makwala setting a personal best of 43.84 in second.

Van Niekerk's teammate Caster Semenya put up another fine performance in the women's 800m, timing a Diamond League record of 1:55.27.

Kenyan Emmanuel Korir, on his professional debut, set another season's leading best in the men's 800m in 1:43.10.

Kenya's Elijah Manangoi surprised the field to win the men's 1500m, out-sprinting Timothy Cheruiyot to win in a season's fastest of 3:28.80.