Have my eyes on 2020 Olympic medal, says heptathlete Swapna 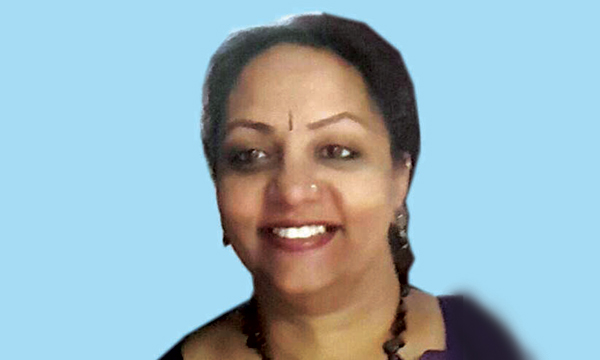 Kolkata: Her coach might not think it's a realistic target, but Asian Games gold medallist Swapna Barman on Friday said she is targeting a podium finish at the 2020 Olympics in Tokyo and will train rigorously for that.

"It motivates me that all of India is rooting for me now. Yes at the same time, it adds extra pressure. But my sir (Subhas Sarkar) is there with me. He will make me train harder than ever for the 2020 Olympics which is my target," Barman said during the India Today Conclave East 2018 here.

Sarkar had said that it would be wise to keep her eyes on defending her Asian Games gold.

At the Asian Games in Indonesia a month ago, Swapna became the first Indian athlete to win a gold medal in women's heptathlon.

Battling poverty and having to do it all with 12 toes - six on each foot - Barman achieved the rare feat with pain due to a toothache during the finals.

"I have not changed since winning gold at the Asian Games. But the sudden attention from every corner of the country does make me feel special. I sometimes feel I am dreaming," Barman said.

Asked about the video going viral where her mother Basana Barman, who worked as a maid and also plucked leaves in tea gardens, is seen crying profusely after the victory, Swapna said," I asked my mother why was she crying? I could not watch the video in full as I did not like her crying so much. It was an emotional moment but she should have been smiling."

Barman is yet to receive a proper pair of shoes in order to compete in the upcoming competitions.

Earlier this month, SAI Director General Neelam Kapur had said that they had taken up the matter of Barman's specialised shoes with Adidas and they had agreed to get customised shoes for her.

"I will get customised shoes very soon and I am hopeful. My team is taking care of that. I cannot explain what I suffered with every landing during the Asian Games," Barman added.

"Since the World Cup in England last year, the situation has changed and we are followed more keenly now. The BCCI and ICC are taking care of women's cricket very nicely," said Goswami who recently called time on her T20 career.

India eves reached the final of the Women's World Cup last year, losing to hosts England in the summit clash by nine runs.

"Now a country like Thailand is participating in the ICC qualifiers for the T20 World Cup. So things have changed globally and I believe women's cricket is the fastest growing sport in the world," Goswami added, wishing luck to the Indian team ahead of the T20 World Cup to be held in the West Indies from November 9-24.

Rampal, who led the India eves to an Asian Games silver after they lost to formidable Japan 0-1, said she is proud of the youngsters in her side as they fashioned a comeback after the World Cup setback.

"We lost on penalties for the first time and the team was shattered. From there, to pick ourselves up and put out a good show at the Asian Games is commendable and I am really proud of the youngsters in the side."

India lost to Ireland on penalties in the quarter-finals to crash out of the World Cup earlier this year.