First hit in the nets in 3 months: Steve Smith back in training

text_fields
bookmark_border
Cricket was halted since mid March due to the deadly virus with the Indian Premier League also being postponed. 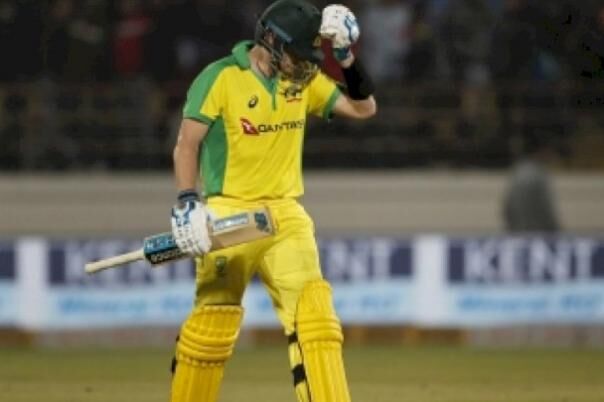 Sydney : Steve Smith has hit the nets for the first time in three months, Australia's premier batsman said in a social media post on Monday.

"First hit in the nets in 3 months. Good news... I remembered how to hold the bat," said former captain Smith in an Instagram post with a photo of him in cricket gear.

The coronavirus pandemic had brought the world to a standstill since March with all outdoor activity severely limited in almost every part of the globe. Cricket was halted since mid March due to the deadly virus with the Indian Premier League also being postponed.

Australia are currently scheduled to play their first Test of the revamped FTP in November, against Afghanistan. It will be followed by the four-match Border-Gavaskar Trophy against India in December.

Smith has been a vital cog in Australia's wheel especially in red-ball cricket where he is the No.1 batsman in the world at the moment.

Recently, former England captain Mike Atherton said Smith is someone he loves watching because of his unorthodox batting style.

He added that it's not easy to find a way to get Smith out and it will be interesting to see how India devise a way for that when they tour Australia later in the year.

"I enjoy watching him because he is an unorthodox player. The game is a better game because of people who are very unusual in the way that they play. England did not find a way to get him out, I don't have any easy answers too on how to get him out. It will be interesting to see how India goes about it," Atherton said on Sony Network for their show Pit Stop on their Facebook page.