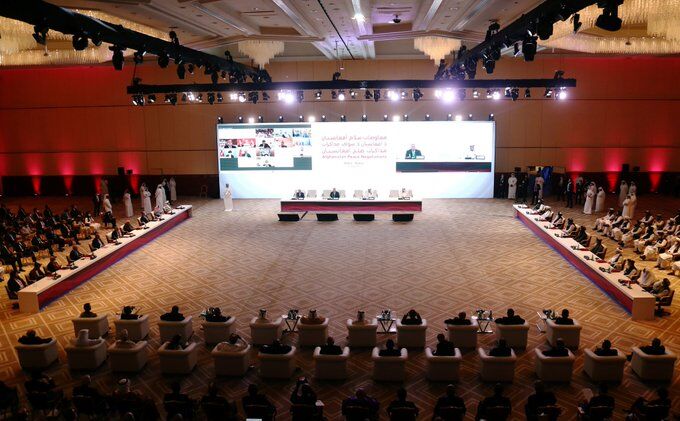 Kabul: Taliban has reiterated its demand for an Islamic government structure as negotiators representing the Afghan government and the militant group met in Doha to discuss the agenda of the second round of peace talks, a top official said.

Over the nine days since the start of the second round of talks, the two sides have held four meetings, including Sunday evening's meeting, at the working group level.

But the two sides are yet finalise the final agenda that will pave the way for formal talks.

The second round, which began on January 5 after a three-week break, will focus on a ceasefire and reduction in violence in the war-torn country, TOLO News reported.

The peace negotiations, which formally kicked-off in September 2020, witnessed a breakthrough last month after the two sides agreed on procedural rules for the talks.

They also confirmed to have exchanged their lists about the agenda of the peace talks.

According to TOLO News, in its draft of demands, the Afghan government's team has added ceasefire, preservation of national sovereignty, media freedom and the prohibition of activity by foreign fighters in the war-torn country.

Meanwhile, the Taliban's demands include an Islamic government structure, establishment of an Islamic council, and ensuring women's rights and the rights of all citizens based on Islamic principles.